When people think “mountains” in the United States, it’s typically the Rockies that jut skyward into the forefronts of our minds.

Indeed, once you’ve seen the majesty of those towering 14,000 footers it’s easy to dismiss the other mountain ranges in the country, particularly the other big one–the Appalachians–as foothills. To that I’d simply remind you to respect your elders. While the Rockies impress with height and rugged beauty, the Appalachians do so with wisdom, culture and seniority: at 480 million years old, they’re six times older than the Rockies. American culture, at least of the European-originated-persuasion we know it as today, was thriving in these Eastern mountains hundreds of years before the Indians told white explorers their name for the big guys out west: the Rockies.

That said, Appalachia is a gorgeous mountainscape of its own, even if it is different. And isn’t difference precisely the reason we seek travel, to discover something new, outside of what we know we prefer?

Country music and bluegrass were invented in these mountains. Trees that exist nowhere else on earth and haven’t since the last Ice Age live in these hills. Thousands of grey and blue coats were stained red as battles of the Civil War were won and lost depending on who had the higher ground. White-tailed deer leep over old barbed-wire fences and rusting tractors from the early 1900s dot a landscape of rolling corn fields, greying old barns and ghost towns. Old men recall the days when coal mines and steel mills fueled this nation and established us as a world superpower. Young kids ride ATVs and go fishing and still build treehouses and bike ramps. Accents abound, some of the last vestiges of regional dialect left in a nation that’s been Californicated via television. The Cherokee Indians called this mountain range home long before Europeans were able even to cross its complex system of ridges and dense forest. Moonshine accompanied fiddles where now kayaks defy some of the most technical whitewater rafting in the world.

More than anything, though, we see Appalachia as a rich source of small towns positioned perfectly far away from the big Interstates of rookie tourist travel and poised for quiet excursions lead by the two-lane travel seekers. This is one of the most authentically “American” experiences you will find in these fifty states, where the homogenization of our culture by television and Internet has least affected the actual people who live here.

Stops Along Our Route 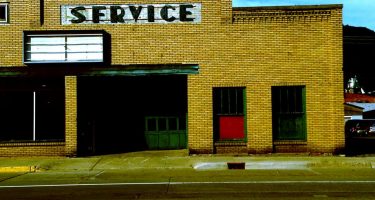 A roadtrip through the northern midwest, from Munising, Michigan to Mille Lacs Lake in Minnesota. 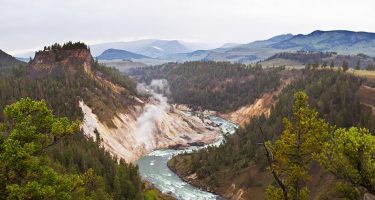 Introduction to our issue all about National Parks in the Northwest, from the Badlands to Mt. Rainier. This particular article features photos of Yellowstone National Park and the surrounding area.