They say the desert is no place for stray dogs.

There’s a roundabout just south of Old Bisbee, which in many ways marks the division between the sleepy ex-mining town gone tourist and the larger “Bisbee Proper”. Like just about anywhere in America these days, the Bisbee that lives outside of the old, historic town is a long stretch of road full of shopping plazas and a general similarity to just about anywhere else. Ms. Casey and Hyde had little concern for the whims of human travelers and what they find to be worthy of sightseeing, though. She was an extrovert, slim and gorgeous and willing to kiss any man or woman who gave her a second look. He was more likely to be found huddling in a corner, licking up his own vomit after partaking too heavily in the spoils of desert homelessness. Both wore black and white spots all down their coats.

“We’ve got these two mutts,” a balding volunteer working the shelter just south of Old Bisbee would say, tomorrow. For today though, they were free. They were the embodiment of self-preservation, the ultimate travelers. They relied on an equal share of the kindness of strangers and their own quadrupedal instincts to find food where it might lie. How they came to find themselves on this busy desert highway five miles north of the Mexican border is neither here, nor could their canine brains be bothered with the where of it all. They were simply scavengers, a brother, a sister, a pack. A pile of kids, the young caucasians and hispanics having spent so much time in the summer desert sun to have their skin tones blurred beyond distinction, looking on at them and throwing crushed tin cans like frisbees in the mutts’ general direction would back off, foot in reverse after foot, while putting on false bravado in front of their peers as Hyde turned his typical doggish grimace into a gnarled growl of defense, never actually stepping too many paws forward the offensive position. He was his sister’s protector, and perhaps in traditional pack mythology he would have become the alpha male. But Ms. Casey was the Head-Hancho of this ragamuffin crew of wagging spotted tails.

She would be the one who would look left, right and then left again before they crossed the traffic circle and wandered into the Shady Dell RV Park, a lot full of vintage trailers where aging hipster punk rockers from Tucson or circus folk just passing through might find an old Shasta trailer or vintage Airstream to call their home for the weekend while playing their own particular role in the constantly changing momentary population of Bisbee, Arizona. Ms. Casey peered around the corner of the massive 50’s post card-like sign that welcomed visitors into the park. Two terriers sat in the bed of an El Camino tucked in for a long afternoon’s siesta just outside of a small white building stuffed behind the sign, immediately unleashing their wispy shrill barks in our protagonist pups direction upon their site, scent smell or both. Ms. Casey was set, though, she saw the bowl, round and wide and just outside of 1947 Tiki Bus permanently parked just down the way. In a world where they spent their days lapping up stale water mixed with gasoline at the local Chevron station and dumpster leakage wherever they could manage, the bowl was a gold mine. It was an old man’s oxygen tank worth of desire to an astronaut left behind on the moon.

She bolted, directly at the El Camino, taking the still yapping terriers off guard while Hyde proceeded immediately past the park office’s front door, expecting to be caught out at any moment. Ms. Casey emerged from underneath the classic half car/half truck’s front end and followed in hot pursuit. Twenty feet, fifteen feet, they were so close, victory seemed theres but for now five more feet but alas…

They made it. Hyde stuck his nose into the air and gave a double take, triple check for defensive pit bulls or old men too weary from their own years to tolerate stray dogs. Ms. Casey lapped three times, wetting her palate before trading positions with her brother. He took his turn and they switched back, forth and back again. Still, no sign of danger.

The bowl was nearly dry as Hyde pushed out his front two legs, in a perhaps ironic, certainly hilarious reenactment of a yogi’s downward facing dog position. He slowly lowered his back end into the desert and, one paw over his eyes, began to rest. Ms. Casey bided her time, watching over her sleeping brother, but after some time admitted that this close to the border, and now that the El Camino’s occupants had ceased their desire to wear their vocal chords out in one sitting, allowed her head to fall slowly onto her brother’s slow drumming with breath ribs. 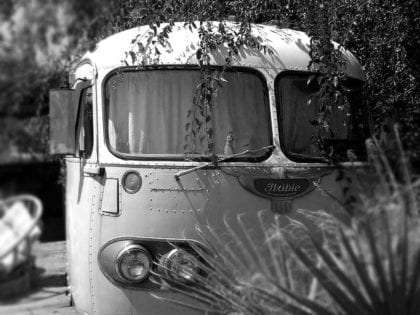 When they awoke, the bowl was filled again. Still, no sign of humans surely desiring nothing more than their immediate demise. No pit bulls. No oncoming traffic. They looked at one another as though to question if they’d finally found it, “home”, but before either could provide a reaction, Hyde stood up, rubbed one paw into the dirt and took off. Ms. Casey watched him for a moment, distraught at the idea of leaving this nostalgic puppy paradise but full of acceptance. This bowl of water, refilled as it was and as refillable as it may be, was not the thrill of the open desert. Some dogs simply must roam. She licked the rim to mildly negate the dust that had settled on her tongue in the snoozing hours and took chase. Her dear brother was more dog than she was, for sure, and the cocktail combination of longer legs and stronger muscles had him through the traffic circle before she even had a chance to round the bend of the Shady Dell’s sign. 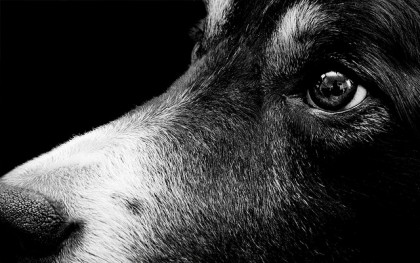 Had the owner closed up the office for the afternoon, she would have stepped through the front door just in time to watch an old blue pickup truck pull over, a scruffy beard wearing a man holding a beef stick step out and lure Hyde into the cab of the vehicle. The man ruffled the dog behind his ears, let him lick his face a few times and watched as Ms. Casey slowed her pursuit, wary of the situation of strange men wielding treats from an old truck. Hesitant as she was, she felt obligated to respond to her brother’s captor’s requests.

“C’mon now, c’mon,” he taunted, producing another stick of beef jerky from his oil stained pant pockets. Within minutes both dogs were in the truck and on their way to the Bisbee Animal Shelter.

The two tucked in tightly, well fed by the old man who volunteered to run the shelter, and slept through their first night indoors ever. The sun spun around the world before rising back up over the Mule Mountains to drip light all over the shelter’s yards. A young couple in an old 1950s Ford Econoline van pulled into the shelter. They were travelers and had been on the road for years. They fell in love one October night in Omaha, Nebraska and had spent the past twenty four seasons roving North America in search of adventure, playing music and juggling for gas money, sleeping in late and naked, and staying up deep into the night finding new ways to love one another. Recently though, they’d been experimenting with the idea of progeny, but before committing to making a little baby traveler to join them on the backroads of America, the idea that exploring their ability to care for a dog together might prove wise.

“Man, I used to have one of these Ford vans,” the man from the shelter recanted. “I had the engine pulled out and workin’ on it on the side of the road more than once, that’s for sure. Just throw your mattress in the back and where can’t you call home, right?” The couple smiled and as they were lead into the white brick walls of the shelter, she instantly fell in love with Ms. Casey. The site of a multitude of dogs, most of them previously abused and angry at the intruders presence, but Ms. Casey seemed to fall in love with the girl from the old Ford van instantly as well. The shelter owner took Ms. Casey, and her brother, into the outdoor yard to give the couple a chance to get to know her.

“These two came in together, I hafta believe they’re brother and sister,” indeed they wore the same black and white coats, had the same long, pointy snouts. 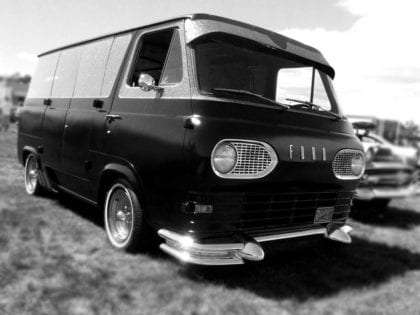 “Don’t you just love her?” she asked her traveling companion. He just nodded, watching Hyde hanker in the corner of the yard.

“Are they a pair, then?” he asked the shelter owner.

“Well, like I said, they came in together…but you don’t necessarily hafta take ’em both.”

He looked at her, she at him. Two might be a bit more than they’d bargained for, but he saw how much she wanted Ms. Casey to join them. “Well,” he said, “let’s just talk about it over some lunch and we’ll get back to you on whether we can handle both or not.”

The shelter owner looked over their van one more time as he walked them out, they all shook hands and agreed to reconvene on full stomachs.

The couple drove north into the heart of Old Bisbee and shared a coffee and a slice of quiche. She convinced him that she wanted Ms. Casey, that this was the dog for her. He convinced her that it wouldn’t be right to break up the pair. They paid their tab, hopped back into their Econoline and made their way down the mountain, passed the old copper mine, through the traffic circle and into the parking lot of the animal shelter.

“Hey, look who’s back,” the owner called out from behind some outdoor dog cages he was inspecting, “here’s the thing guys…” He wiped his hands on the creases of his pants and made his way toward them. “Guy came up just after you left and said they were his dogs. I told him you wanted maybe one of them but he said they were his and he just lost ’em yesterday. Wasn’t much I could do.”

Three days later the couple decided to finally say goodbye to Bisbee, Arizona and start making their way north. As their van pulled them up Tombstone Canyon Road and through the tunnel, as they disappeared off into the desert with Dylan’s version of Forever Young seeping out of their windows, a black and white dog popped his head over a rock on a cliff above the tunnel. His sister joined him, watching the van pull of into the forever of wherever.