To stand beneath the Tetons for the first time is like bowing before a beloved king, the shadow of his crown dressing you in the same warm feeling many children get on Christmas day.

As if cut directly into the sky, they are the epitome of mountains, exactly what we all imagine and draw as kindergarteners with crayons. Covered in glaciers year round, surrounded by winding rivers and endless fields, creating lakes and living alongside the bustling little town of Jackson, they are one of the few paradises left in this nation. Not a day could go by while in their presence that I didn’t force myself to hike into, drive around, or just stand beneath them in awe.

The origin of their name is debatable, some claim they are named for the Lakota Indians, which we typically know as the Sioux Indians but were sometimes referred to as the Teton Sioux. Others claim the origin of the name comes from the French word for a female breast, round and capped with a similarly beautiful point, as a bare nipple rising with the breaths of a naked woman as she sleeps away the sunset. One meaning reflects their raw power, the other their simple grandeur.

While a variety of small towns and ski resorts dot the landscape around these mountains, it is Jackson proper that stands out. As busy as a major city but small enough to walk across in half an hour or so, merchants tout wares from kitsch souvenirs to handmade art to frozen yogurt. Accents from around the world mix together beneath arches made of elk antlers, and while the town is generally geared toward the more upscale tourist, everyone from Idahoan mechanics to Italian movie stars make this their vacation destination.

Rising above it all, the smaller of the ski resorts, in summer, offers a quick ride up a lift to adventure down the Alpine Slide, a mile or so luge on wheels where the weight of your body is both your accelerator and your break. Kayakers float Jenny Lake and hikers dream of summiting Grand Teton. Fisherman cast lines enjoying the natural rhythm of summer’s flow of glacial streams and rivers while cyclists coming down from Yellowstone push rubber at high speeds through elk and bison grazing lands.

Legend has it that John D. Rockefeller, Jr., after having seen telephone poles erected near the Tetons on a return trip, was so appalled by the scars they left on the land that he bought as much of the mountains and valley around it as possible, with the intentions of giving it all to the United States government to create a national park. When they refused to take the land, he threatened to destroy it by selling it off to whomever was willing to buy it, for whatever purpose. It took some time, but that land would become America’s most beautiful National Park to date: Grand Teton. 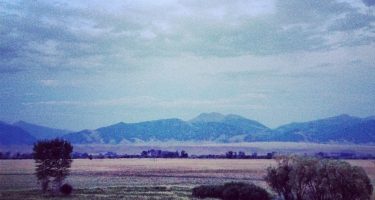 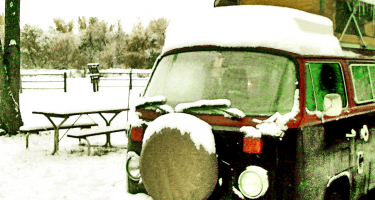 A photo gallery of travelers in the Winter.