A common perception of traveling folk is that they’re dirty hippies.

Filthy, stinking, dirty hippies. And many of us are. But just because living a life of adventure leads you up and down mountains, through swamps and into dirty gas stations the world round, that doesn’t mean you can’t wash it all off every day or so. How you stay clean largely depends on your method of travel.

For those who prefer to live in short term vacation and temporary housing, grabbing a shower is typically as easy as it is for anyone else living in a house. Hostels and hotels are no different. Most RVs have some type of shower built in, though depending on how old they are that experience varies widely. For those of you who find yourself places into the “none of the above” category, our eleven years living out of vehicles with always inadequate facilities, if not completely void of them entirely, hopes to share a morsel or two which may not have been immediately obvious.

RVers with Not So Great Showers

Even if your RV is top of the notch grand, there are aspects that may keep you from realistically showering in its bathroom. Say, the notoriously low water pressure you’ll find in any situation that doesn’t involve camping in a city. Or the pinky toe’s worth of a water heater onboard. Let’s just say, the term Navy shower–ie, get wet, turn off the water, lather up, rinse—may become one you’re familiar with. Repeat as much as possible before nothing but cold comes pouring out.

For most RVers—-particularly those who purchase older or less than a mortgage newer models—-showering in your rig will simply not be the experience you remember from your more permanently addressed home.

What can you do to make showering at RV campgrounds a more pleasant experience?

Call ahead, for one. Or better yet, read reviews. You can learn a lot about an RV park by its bathrooms: the attention they take to cleaning up the nastiest part of their campground will typically resonate throughout the rest of the park’s amenities and give you a clue about how friendly the staff will be. And because of this, you’ll often see plenty of comments about the cleanliness of their bathing facilities.

Campendium is a great website for finding non-biased reviews on RV parks.

In all situations, have a pair of flip flops. The showers you’re using may have been recently christened by some teenage boy, a shoeless hitchhiker, or a young athletic man with the world record for most varied fungi on his soles. You never know what will be washing off of untold strangers before, whether they’re peeing–or worse–in the shower stall you’re using, and the cleanest people in the world can still have funky stuff going on with their feet. Wear flip flops and focus on that hot, high pressure water flowing all over your zestfully clean body rather than what you’re trudging through below.

I also find it’s most realistic to have a dedicated “bathroom bag.” This has your razor, soap, toothbrush, Q-tips, nose trimmer…whatever you personally use in and just after the shower. Otherwise you’ll spend as much time every day preparing for your shower as you do actually lathering in the sweet relief of a humid Georgia week’s worth of evenings.

Vandwellers, Backpackers, Boondockers and Other Situations

What if you’re not staying in a hotel, hostel or at a campground? What if you’re a vandweller and you take advantage of free camping in National Forests, which have no facilities?

Luckily, there’s actually a nice assortment of ways you can grab a shower while traveling. I’ll cover these from most comfortable and easiest, to more extreme and out there.

Rec Centers. These have become our go to lately. They typically cost $5 – $10 per person per day (often with free or discounted access for children) and promise a hot shower with plenty of pressure…and all of the other amenities the rec center provides. To clarify, most rec centers offer a day pass (as opposed to “can I buy just a shower”), which typically includes access to the pool, gym, maybe they’ve got a rock wall, whatever amenities they have are usually yours to enjoy for the day, along with that hot shower. They’re typically cheaper than truck stop showers, and come with the best perks.

Community Swimming Pools are a similar option to rec centers, in less “outdoorsy” parts of the nation. There are tons of swimming pools in the nation, practically one in every community. You can often get a one time pass to go swimming, and just skip the swim altogether and go straight for the shower. The down side is they don’t tend to be open beyond summer (though many indoor ones are year round).

National Recreation Areas. So, right up front, the legitimacy of this method is debatable. Many National Recreation Areas (typically a reservoir the government deems interesting enough to put a campground at) will have bath houses. If you’re a national parks pass holder, it seems legit to enter these campgrounds and–even if you don’t stay there–use the shower. Just be in and out, discreet, and don’t leave a mess so we don’t flub it up for the next guys.

Truck Stop Showers. This is an easy way to grab a shower. The catch is, aside from needing to be near a major freeway–as that’s typically the only place truck stops exist–that truckers can be dicks. If you’ve never noticed, they’re kind of doing a job and don’t like it when you intrude on their territory, so many truck stops don’t allow “civilians” to use their showers, or at least not when they’re busy, which is typically always. That said, Flying J is a great one, and they will give just about anyone permission to use a shower as long as you’re willing to pay and wait in line.

The YMCA. Not just a fun dance, the Young Mens Christian Association is a place you can grab a shower. You don’t always need a membership, but you can join their YMCA AWAY program, which gives you full access to any participating Y in the country. This means you have access to their gym, and therefore gym showers. There’s a fee involved, of which varies depending on where you initially sign up. You typically have to pay a monthly fee at that location as well as the additional applicable cost for the AWAY program, but as noted you also get access to their gym and whatever other amenities they offer.

Of note here perhaps would be that the Y is a widely varied organization, meaning each individual location is largely operated independently of the larger group. This often means that various programs, particularly in more depressed areas, will cater to a homeless population, transients and the like. If you’re not comfortable with hanging around homeless transients though, you might want to consider what you are, technically, as a full-time traveler. That is, you’re also homeless, even if by choice, and by nature transient.

Campground Showers. Even if you can’t or don’t want to stay at a campground, plenty of them will provide you access to their showering facilities for a fee, typically $5 or less. If you’re really feeling cheap, you could even park your car up the road and hike into the campground, avoid the entrance fee altogether and find the shower as quickly as possible. Or just pay $5 to get clean, whatever your tendencies allow prevail.

Couchsurfing.org. The main intent of this website is to hook travelers up with people who are willing to host them for a night or two. While primarily geared toward helping you find a place to sleep, you could certainly use the website’s process to meet someone who is willing to allow you to clean yourself up in their bathroom. Basically, you sign up for an account, which gives you access to finding people where you’re at who are willing to be hosts. The process typically goes something like this.

You meet the host for coffee, if they dig you, and you’re okay with them, you can do whatever. This might mean they give you a tour of the city, access to their bicycle and kitchen, as well as a place to stay for a week. Or it could simply be a meeting where you make a new friend and ask them if you could use their shower before you setup camp down the road. Obviously, some amount of social acumen is required, and you might need to meet a few people before any are willing to give you a hot shower. Or you might hit it off with a bang, make a lifelong friend, and get a dry place to stay in an amazing city for awhile.

WarmShowers.org. While primarily for bicyclists, this online community is geared toward hooking travelers up with places to stay, people to meet, or even just a hot shower. The process is similar to Couchsurfing, so if you meet someone who’s cool, there’s no obligation to stay at their place, though it may prove a rewarding experience, you could always just say, “Hey, it’s been nice sharing a beer. Can I nab a shower at your place before I head on down the road?”

Swimming. So this may not be exactly eco-friendly, or socially accepted, but one very real option is to simply find a secluded place where you can get naked, lather up, and take a dip. Not using soap, and just swimming, doesn’t really qualify as getting clean, but if you’re the adventurous type and don’t mind polluting the world’s water supply with some Dove and your own filth, it’s certainly a free and, in the warmer months away from cities, a viable option.

Hot water and a rub down. McDonalds, Walmart, gas stations, these are the types of places that don’t usually ask questions if you walk in and go straight for the bathroom. While you won’t be showering in the traditional sense, a little soap under the armpits and a warm washcloth to the face can do wonders for your appearance, smell and general hygiene.

Rent a hotel or hostel room for the night. The most expensive by far of all options, it’s also the most comfortable. You get a room with a TV and probably a fridge, a little comfort away, and of course access to a bathroom. Some hotels will allow you to pay less than a full night’s board if you just want to shower, but that’s typically half a night’s stay anyway, or half the usual cost. Some hostels will allow you to pay a few dollars to shower at their facilities, and note that hostels often cost less than $10 a night, so paying this to clean yourself up, whether you stay or not, can be a great way to get fresh and maybe meet a few folks in the rec room while you’re at it.

Finally, what not to do: DON’T use a carwash! Not that anyone would hopefully ever think of this, but high pressure hoses can cut you. For real, it’s happened to me (though I wasn’t trying to shower 😛 )… 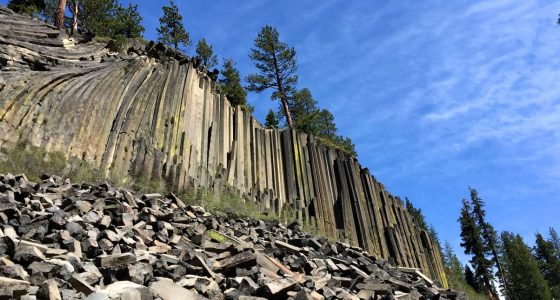 Wand'rly returns to Astoria, Oregon to dig further into just why this grungy little fishing town is so rife with the kind of real living that is nearly impossible to find in the United States today. 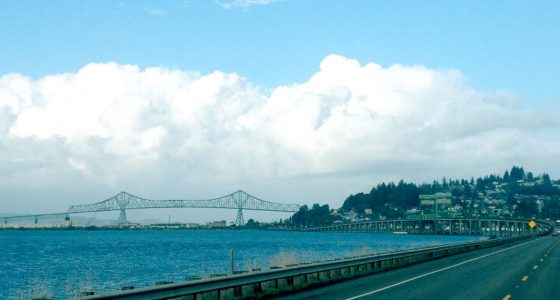