My name is John, and I’ll be signing autographs in the concourse after the show.

Living in my car is a dream come true and a living nightmare.

Moving along, here’s another question: do you ever feel like your life is just some balancing act; as if all you’re doing is trying to find a comfortable spot between doing too much and having too little? Perhaps you spend your free time thinking about better ways to juggle all of your responsibilities, when you’d rather be dreaming about the things you love.

I get it, trust me. Between work, school, family, chores, relationships, health and fitness, shopping, and never getting enough sleep, you probably struggle to keep it all up in the air. Unfortunately, there’s a good chance that it’s all going to come crashing down.

Sooner or later, you may realize that as a human being in the twenty-first century, your life is ultimately not within your control.

Wait a minute… What is he talking about?

Never mind. It doesn’t matter. I’m actually going to do a U-turn up ahead. Don’t worry, it’s perfectly legal.

See that little handle up there above the front seat of your car? Hold on to that, please. It’s time to go in another direction.

A dream come true, and a living nightmare: that’s how I’d describe living in my car. 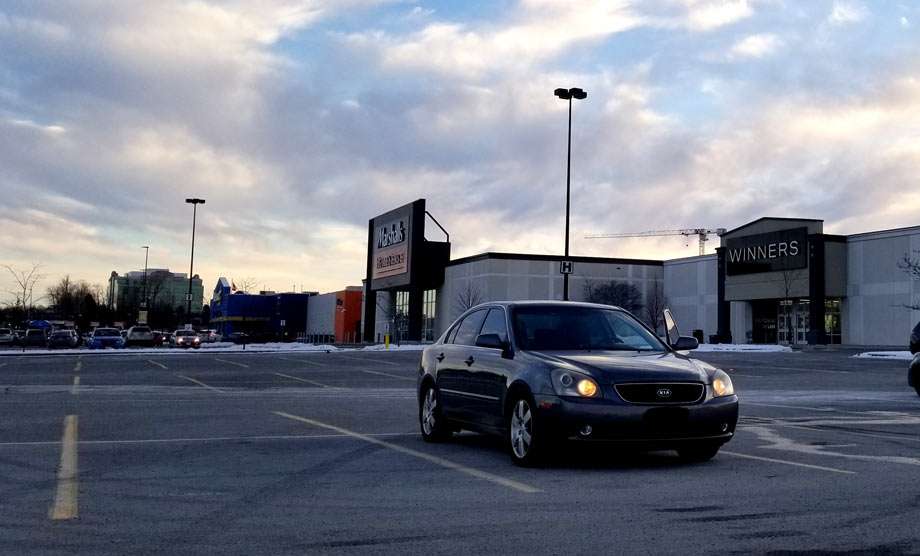 These polar opposites chase each other across the days of my life like the Sun and the Moon, except that I never know when one is leaving, and when the other might appear? No, this isn’t about mental illness. This is simply about life, and by now, I know the experience quite well.

I dare say that at times, I’m almost able to predict when the wave is going to come, prepare how I might need to ride it out. Does that make any sense to you? Don’t worry, regardless of whether or not I’m able to predict the subtleties of my future, life’s intricacies never cease to amaze me.

But, that’s just my own personal experience. I’ve heard that other folks who’re in similar circumstances don’t experience things quite so dramatically. Apparently, some vehicular nomads are rather securely settled into living that way, and they do it well.

Obviously, I’ve not gotten to that point yet. You might say that I’m currently in the “Mad Max” stage of my life.

I spend ninety percent of my day in a space that’s about ten percent the size of an average Toronto apartment, but that’s not as terrible as you might think.

The benefits of living in a car are ample and wide ranging, from having significantly fewer household chores – ugh, nobody enjoys vacuuming – to waking up every day in an exciting, new land. I like to say good morning to the rising sun while pouring my favorite coffee out of my trusty French-press coffee maker.

Then again, the sun don’t shine every day, and sometimes your brave, new world is a truck stop on the side of the 401 while it’s freezing rain for the next two days. At times like that, I’m happy I’m not in a compact vehicle.

I’ve been living in my car since November, 2020. However, there was a time not long ago when I was more invested in what many of you refer to as, “the daily grind.” Here’s a little about how a guy like me left the ol’ nine to five to become a gypsy.

I’m a Canadian, from Ottawa, Ontario. Back in the Fall of 2020, I graduated from a college program. I had studied in the field of communications/ writing, as you’d probably have guessed.

Having mucked up my kick-ass work placement with the Canadian Government, for which I certainly blame the Covid-19 Pandemic, I decided to jump overboard from the good ol’ ship “MOM&DAD”.

At thirty-some years old, I’ve realized, absolutely, that a man can’t keep suckling off the teat of his elderly parents if he wants to retain his sanity. At the same time, have you noticed how expensive it is to survive these days? Not to mention the prospect of finding the right job.
So, long story short, I decided to become a freelance-type-writer-guy, and when it became too cold for tenting in the woods, I opted for a mish-mash of hotels, Airbnb, and living in my car.

Well, Airbnb turned out to be a bit of a crap-shoot, and hotels are too expensive. However, as far as staying alive and well goes, I figure I’m better off in my vehicle than on the street.

So, I started living that way, except that I ran into a little snag. One morning I woke up, went to my car, went for a drive, and quickly learnt that it was no longer reliable.

As many of us penny pinchers know quite well, a vehicle can be both a blessing and a curse. They’re great when they work, and they’re a real pain in the ass when they don’t.

Luckily, it turned out to be more of a minor issue. I could still drive around in it, but I certainly didn’t feel comfortable driving across the continent.

I now move around within the provinces of Ontario and Quebec – they’re side-by-side, and crossing between them is generally effortless. Now, I know what some of you are thinking:

We’re in a global pandemic! And this guy thinks he can drive around like some dang tourist!?

Well, maybe you didn’t clue in, but I don’t really have a choice. Though we are in this Covid-19 pandemic, as the old saying goes, “a man’s gotta do what a man’s gotta do”, and when you live in your car, it is necessary is to keep moving.

One reason why that’s important is that you don’t want people getting too familiar with you.

While it is true that people are mostly good, they’re also usually mostly interested in helping themselves. How many Mother Teresas do you know?

Even though you’ll meet people who’ll genuinely want to help you, maybe by offering you a job, or giving you a lift to the nearest community center, or inviting you into their home for a little snuggle, it doesn’t always end well.

Here’s an example of how accepting help from a stranger can go awry:

Bob: Hey, you’re living in your car. Come work for me for a few months, save some money, get an apartment. What have you got to lose?

Seems harmless, right? Well, not exactly. Tell that to the guy who just died of Covid-19 in a Canadian hospital, having been employed by a friendly stranger as a snow-shoveler, while staying in cheap, shared accommodations at a downtown hostel.

Not every job is worth the money. As for that guy (fictional), God rest his soul, he’d probably have been better off resting in a car.

With decent clothing, some blankets or a sleeping bag, and an enclosed environment like a vehicle, you won’t get frostbite or hypothermia while resting, even in the Canadian winter. I’ll tell you from my own experience that anything warmer than -13° Celsius is not only survivable, but you’ll probably even be able to get some sleep, and without needing the engine on.

If it is colder than that, which doesn’t happen all that much in most of Eastern Ontario, and especially Southern Ontario, well, I’d hope that you’d have saved some money.

You can run the engine in your vehicle to stay warm – duh! Just a quarter-tank will easily last you a night if you’re just letting it idle, and especially if you’re only doing that periodically. I mean, if you don’t believe me, here’s a smidge of proof. Take it or leave it.

The picture you’re about to see will be of me after having spent the night in my car when it had been as cold as -13° Celsius.

When I turned the engine off, and I was all wrapped up in warm clothing, and a good sleeping bag, it was a little before midnight. I went to sleep, and I didn’t turn the engine back on until about 5 AM the next morning.

Yes, I woke up at some point to find that I was too cold for comfort, so I started the engine, though, I had slept for about five hours while it was off. Eventually, after maybe half an hour or so, and once the car had warmed back up again, I turned the engine off, and slept some more.

There I am, at about 8 AM, when I’d decided that it was time to start the day. How do I look?

Ultimately, I truly believe that a person has to learn how to take care of themselves in this world. At the same time, I believe that you should do what makes sense to you. Don’t worry, one way or another, you’ll learn the importance of staying healthy, and alive.

Giving up on life is not a valid option. If you’re thinking about the easy way out, that’s not it. As some have sang, “Hey, baby, there ain’t no easy way out.”

There is always a way forward, however, and if that way means spending some quality time living inside of your vehicle, well, it’s really not that bad. At times, It’s kind of awesome. 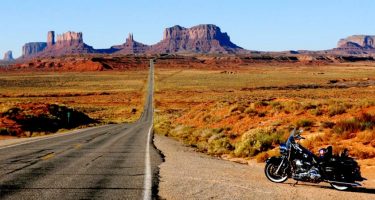 A collection of photographs of the United States, vivid, brilliant and impressive, taken by English biker Gary S. France on his 21,000 mile zig zag journey across America. 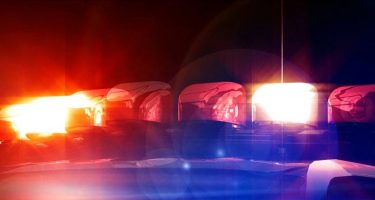 John Ryan is the elusive author of this article.