It spreads out before you, seemingly infinite, straight as an arrow, an arrow pointed at the horizon, the next chain of mountains.

The Loneliest Highway, they call it. US Route 50 through Nevada is little more than these straight stretches, broken up every fifty miles or so by a few winding turns as the road needs to navigate between the mountains, only to spit you back out into this perfect line. This happens again and again, every day of our driving through the Silver State.

Rainclouds fall in as morning rounds itself into noon. The sun occasionally peeks through, but for the most part it’s all windshield wipers and wondering how far we’ll need to go to leave a storm the size of the entire southwest. We drive all day, for two days, just making it from gas station to gas station. It’s solitude at it’s most beautiful. Night falls in over our little traveling family, the stars try to break through the overcast sky. And then one morning, we’ve crossed state lines and found ourselves in Utah.

Dew has gone to frost as we yawn out of our Airstream and into the falling golden leaves of Aspens, starkly contrasting against the deep green and pale blue of Englemann spruce.

At 9000′, October crystalizes our breath as we pack up and continue our migration East. We’re Texas bound, and today we’ll traverse Southern Utah, into the Basin and Range.

This slice of the Beehive State is gorgeous. It’s literally monumental, quiet and empty two lane highways that wind through red and tan geological formations straight out of a Roadrunner cartoon.

Unlike the straight stretches in Nevada, we’re always within close up range of some banded mountain range. Now on a reservation, the towns get even sparser. Traffic is practically non-existent, except for the occasional stop we make along the side of the road for one of the kids to pee. A rig or two, a Jeep with kayaks on the roof, go whizzing by, shaking the Airstream as they do.

And then, before we can pull out, they’re gone again.

Another state line comes. Everyone in the van cheers. There’s something rewarding, I guess, about crossing into a new state. Arizona throws a spectacular sunset that night, in our honor I can only assume. Now, setup at a state park for a few days, we’ll watch other cars drive down these long, straight roads, until they disappear into their own next horizon. 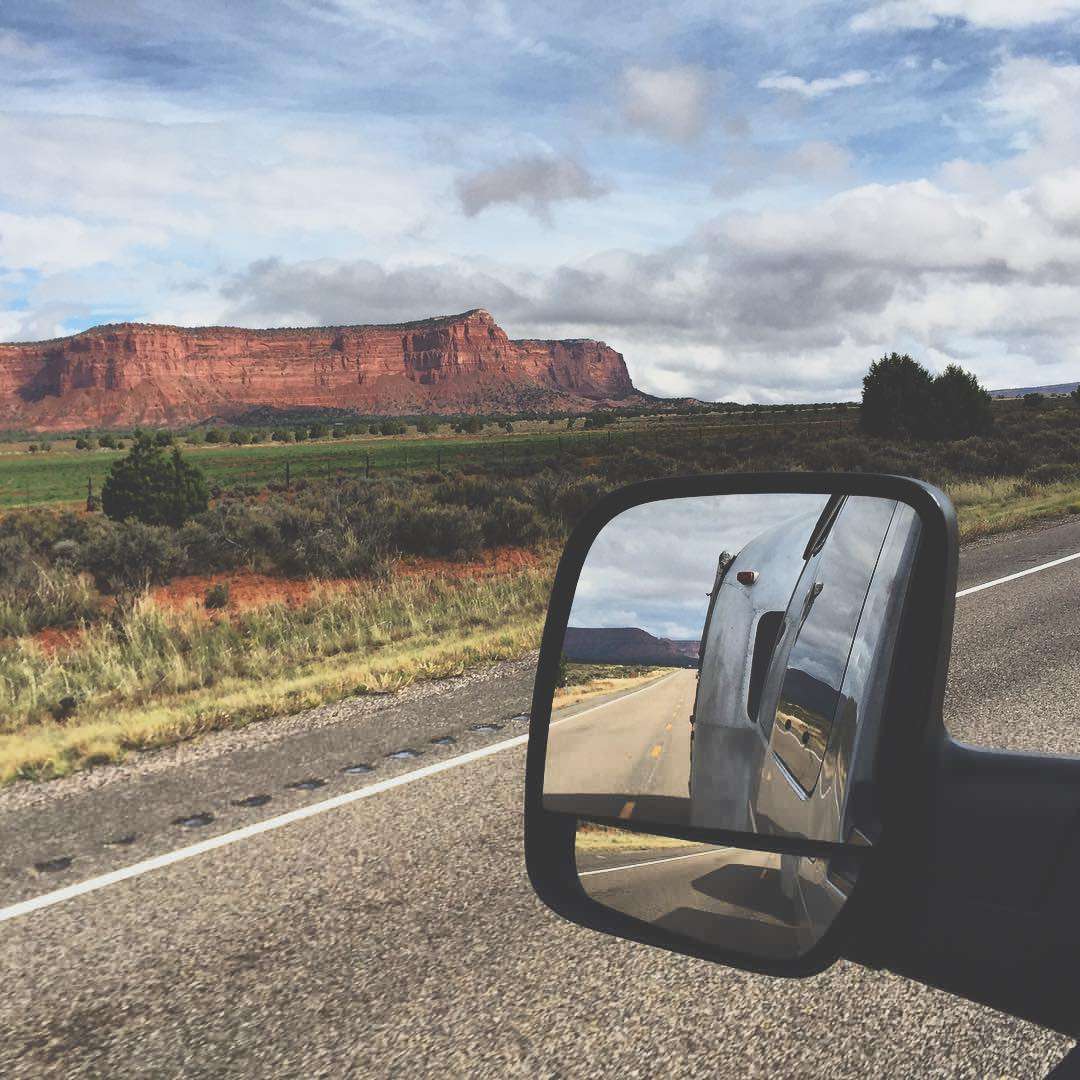