The silhouette of white feathers lit by the city sky against the deep blue of tonight catches my attention immediately.

Only an hour or so before, it was the black silhouette of a bat against dusk, but now the distinctive flap of this new creatures wings tells me instantly that it’s an owl.

It’s not the first one I’ve seen in Mexico, the third actually, but this one I’ve noticed two nights in a row. All of which is an accomplishment, as seeing three owls in three months down here doubles my previous lifetime count.

Owls are rare in the U.S., and the fact that they come out primarily at night lowers the chances of seeing them even more.

I caught my first, a great horned, perched on a telephone wire against a Colorado night sky with enough of a moon at least to show him clearly turn his head as he scanned the path of another bird going by. That other bird should thank me, if I hadn’t shown up and distracted old great horn, he’d likely be the first meal of the night.

The second owl was but a glimpse. The family and I were walking through a patch of forest outside of Tucson and I was a bit ahead. Rounding a corner, my kids suddenly bursting into laughter, I saw an enormous shadow flap wings into the air and then disappear into the twilight forest. Later that night, the Lady and I would listen to he and another call out there evening hoot.

And my final owl in the U.S., if I may drag on, was a bard owl near Astoria, Oregon. It lingered for hours on this branch or that above our campsite, occasionally flying to a new, but still nearby, location.

So I gathered the shape and flapping motion in general. And then we decided to go to Mexico. And then we ended up in more cities than I thought we would, and so I started noticing that white silhouette more and more.

Maybe owls are rare in the U.S. because our culture has driven out the things that owls need to survive, and I hate to say it, but it’s trash.

Trash attracts rodents. Owls eat rodents. There is plenty of trash in Mexico.

Etched into every landscape, it provides sustenance for creatures we generally find unfavorable. Rats and mice must feast into the night. And so, because of it all, I’m able to enjoy watching one of the most magnificent birds on the planet flap nearly slow motion as it careens above.

It leaves me wondering how long after humans are gone will our civilization left behind linger?

Will city animals used to discarded bags of fast food be able to find their daily meals once the dumpsters and alleyways are cleared? Will the more wild versions come in from the forest, no longer finding it necessary to fear our towns and their automobiles and human interference, to decimate the city dwelling rodents, the stray dogs and cats?

Or will the owls be wise enough to build up something better than what we were able to make for ourselves? 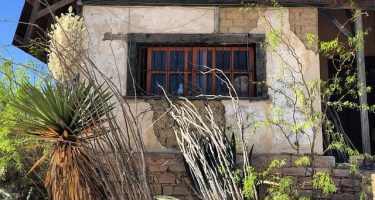 The rough, tumble and splendor of a ghost town twice over.

Where are the Eastern Conifers? 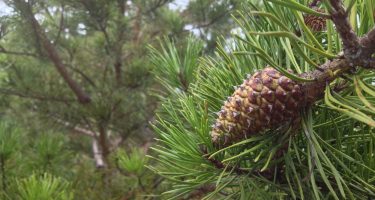 Out West, conifers typically dominate. The deserts are rife with junipers and pinyons, tough enough to survive as shrubs with little in their tin cups. The redwoods and sequoias outgrow skyscrapers in their respective homelands. Lodgepoles and pondos enjoy entire pure stands where little else can compete with their tenacity over long periods left uncut. […]