We have no idea why we are here.

As of this text, we’ve been traveling for nearly eight years now in some form or another. Sometimes looking for home, sometimes looking for anywhere but “home”. Why we personally do it, why anyone does anything, it all just seems like dead dandelions off to find a new yard to pollinate the next go ’round.

We can all choose to believe (or not) in any religion we’d like, but that’s about as close to what we actually know to be the firsthand truth.

For the previous six months my family and I, five people all together, have lived and traveled in a 1978 Volkswagen Bus. We have broken down on dirt roads with the help of old, good friends…and sometimes with new, momentary strangers who proved as beautifully helpful. Other times, we’ve broken down on roads where we were completely alone. We’ve eaten enough authentic Mexican food to never want anything on a menu resembling camarones, fish tacos or aguacate ever again. We’ve accumulated diseases, illnesses and sunsets like one might never possibly gather on a ten year scavenger hunt in the United States. Truthfully, more than one time–and at any given time of the day–several of us have expressed our disdain for the country.

Such has been our time thus far here in Mexico.

“I know you don’t want to hear this,” she begins, “but every time I eat Mexican food it kind of makes me sick.” I always want to hear it though. At this point, it’s not the subject matter, but that my lady feels comfortable enough to chat about such situations with me. Nowhere is perfect, and not all of the stereotypes and praises turn out not to be myths.

The roads are shit, invisible potholes seem to lurk everywhere, at any moment, creating a sheer difficulty when it comes to just looking out the window for awhile. Topes, the name for speed bumps here, abound and some are marked, some are not. Some don’t even exist, though a sign warns you of them, leaving a solid quarter mile to be driven expecting some massive concrete expansion to slow your way, and it never comes.

Not speaking Spanish can leave you feeling ignorant. Speaking only the little you’ve learned in six months, and finding it incredibly impossible to understand everyone else when they’re speaking, well, that’s even worse.

And so with those positive tones opening our latest act, might I present the following tales of inspiration, the daily mundane, and why I believe we will choose to stay in Mexico for the rest of the year.

The Road to Heroica Veracruz

Excitement, outrage and a remembering that you should flow as the flow goes, man. 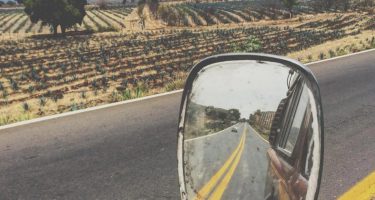