It’s the late night scene and we’re dressed to the nines.

Our destination is The Tin Roof to see a band called Brave Baby. There are whispers and rumors of a scout in the crowd. We peer amongst the throng of people crowded around the pool table below the steady gaze of Willy Wonka and those lined up at the bar for Honeysuckle flavored mixed drinks. Who could this mysterious person be? Outside on the patio I catch the strains of the opening band. Oftentimes opening for the main act is the hardest job, because in reality, no one has come to see you perform. Their performance is glossed over in the hive-minds efforts to get the fix of what they truly want. Not so with Black Top Desert.

Their melodies are transfixing and hypnotic, With their first album being released this summer they’re on the rise. I took a moment to catch up with front man Johnny Delaware.

Sarah Murphy for Wand’rly: Who are your musical inspirations?

Johnny Delaware: I’ve always looked up to the singer-songwriters with diversity. John Lennon comes to mind, Neil Young and M. Ward too. Whenever a musician can hit you with a Rocking jam, and then shift gears to a slow melodic beauty, my head starts to melt and it leaves me wanting to write like that. Also, most listeners are captivated by the dynamics of music, so composing with a motive of that nature seems logical and sonically makes sense.

Johnny: I almost always write the music first, and then fill out the appropriate vocal harmony with vocals. Some days I’ll write a song on a piano, others on a guitar. But the best songs I’ve ever written come into my head out of nowhere, without any instrument around or anything. It’s usually on an afternoon run or when I’m driving my car around in silence when it happens. It’s a feeling of satisfaction that’s hard to explain. Whatever it is, it definitely stems from the subconscious. I sometimes wonder if it even comes from me.What makes songwriting go easier is having a consistency in writing. Scribbling down random lyrics and ideas on napkins at a diner or bar really helps. You can build a lot around one line.

Also, writing poems and stealing lines and ideas from passages that “feel” like the music itself makes for a more pleasant songwriting experience. I have a high respect for musicians who can match the lyric with the emotion of the music–everything clicks and feels so much better. The kicker, though, is the vocalist’s presentation of the song’s thesis. The song has to be believable. I try my best to make my fans believe me in what I’m singing and that I actually care and have the experience of what I’m talking about. People can sniff out a pretender. I never want to be seen as that.

Wand’rly: What inspires you in general?

Johnny: The thrill of chase. I’ve wanted to become a professional musician for 6 years now, and I sometimes find myself not ever wanting the moment to come. Feeling lost and uncertain isn’t always a bad thing. I know someday my success will come and my hard work in solitude will pay off, but it’s the moment I’m in right now that I’m always going to look back on and smile about. Knowing I had the nerve to live for a dream and live the way my conscience told me to is something I’m very proud of. The struggle is the most important part for development and it’s left me with better songs.

Johnny: It’s certainly been a long one! I moved to Nashville, TN when I was twenty-one years old from South Dakota (where I’m from) to pursue music but I found myself very uncomfortable there. It was a bunch of pretentious, young kids like myself at the time, dueling for attention on a stage. Not knowing what the hell was going on, no one caring about anyone but themselves. It was a musical rat race and I knew I wasn’t going to get any cheese, so I called my sister up sporadically and asked if she had room in her apartment in Albuquerque, NM. She loved the idea so I moved to New Mexico and started a new chapter of my life there, where I started a temporary band for a year-and-a-half, played a show at SXSW, but then moved away with a past girlfriend back to South Dakota to finish my education. One year later, I decided that I was officially going to stick with my guns and follow my passion for music, so I packed-up one more time and left for Austin, TX to find people to play music with.

I ended up playing and meeting with some really nice guys there and came across a friend who mentioned Charleston, SC to me and how he knew of a producer (Wolfgang Zimmerman) that records and tracks drums for an affordable price. You see, In past self recordings I never really had a professional quality, let alone real drum tones, so after hearing about Wolfgang, I immediately left him a voice mail saying I was moving to Charleston to record and didn’t really even care what he had to think of it. Hah. A tree fell on my car the next week from a hailstorm that gave me more insurance money than I had saved to move with, so the universe, or God, or Supreme Being–it let me know I was on the right path. Now that everything is recorded, mixed and mastered, the first album under my musical moniker Black Top Desert will be released this summer.

Wand’rly: How did you come up with the band name?

Johnny: The music for the record sounds more like an actual band than it does a solo musician. I wanted to have a name that would give credibility to that. I knew I wanted “desert” to be incorporated somehow. I eventually had to battle between “concrete desert” “desert king” and “Black Top Desert”. We now know which moniker won. 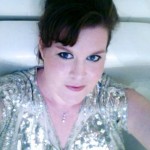 Sarah Murphy blames her wanderlust on her parents who used to drive her around the block to help her fall asleep when she was a baby. She's currently working on a travel memoir entitled Library of Memory which chronicles her 300 mile horseback ride from Virginia to Kentucky to learn about mountaintop removal. You can find her on Twitter @meta_murph_osis and Instagram as metamurphosis.