Our family of five has lived out of a travel trailer and two different vans for over a decade.

This life is enriching, it gives us more time together, more appreciation of our world’s differences and more time in nature. Nature is a tactile thing, and while we consume most of our information via the Internet like the rest of modern America, every now and then it’s nice to have a physical book to page through. Here are some of our more recent favorites.

The World is Our Classroom by Cindy Ross

This book is an account of how author Cindy Ross and her family raised two children outdoors. It begins with Ross’ realization that the love of long distance hiking she and her husband had come to see as defining their very lives was about to be doused by their soon-to-be-born daughter Sierra. She walks us through their determination to overcome such a concept — that an adult’s life should be forever changed for the worse as they shed their passions in exchange for raising children — and then through the wildly successful life of travel and teaching their children while doing so which ensued. The book delves into a variety of topics, but largely leans on the benefits children experience by merely spending most of their time outdoors.

The book does not list out lesson plans or even give specific ideas as to how to teach your children while traveling — a brand of homeschooling sometimes referred to as roadschooling these days — but instead shares examples of Ross’ family travels from when their children were just babies well into their teens.

One of the more valuable lessons I saw in the book, however, wasn’t even necessarily about teaching children. Ross shares how she shifted her career focus — she is a writer, of course — more and more so that her family could enjoy all of this traveling and exploring nature together. For many a family with wanderlust, if they can overcome the idea that it’s now “time to settle down and raise their children in as orthodox a way as possible”, the second hardest accomplishment will be finding work that will allow for either bundles of time off or, more realistically, work that can be done from anywhere on the road.

While the stories are certainly an interesting read, and it’s impressive how much this family has done together, for anyone dreaming of living a life outdoors this book will surely serve as a testament to what can be accomplished.

The second book by delightfully blunt Jenn White, this one is sort of a prequel to her first work, Becoming Barenaked (on Amazon here.) That books was a handwritten piece of art, which followed her family as they shed the excesses of the dot com boom in exchange for a life lived in an RV. Jenn, her husband and their three children were one of the original modern day nomads, living out of a Class A, wandering North America, living on money they’d saved from selling their home and then finding work on the road as they went.

In this book, we see what got them there. Or specifically, the time from when she met her future husband, how they got pregnant with their first child, Austin, and all of the trials and tribulations they faced from a not always helpful extended family. I know Jenn personally and, frankly, she is one of my top three favorite people outside of my own wife and children. I’ve watched her and her husband raise their kids from tweens into adults now, and they are the epitome of parenting — confident but always ready to listen, the type of people who could raise a bird with one wing and it would still find a way to fly to the moon and back.

There are real, time-tested lessons within, such as those focusing on making sure you choose the right person to spend the rest of your life with, and plenty of fast cars and rock n’ roll stories mixed throughout as well.

I think anyone who’s ever renovated a vehicle, of any kind, for life on the road, has dreamed of, or at least considered, a skoolie. We certainly have. They look cool, they’re solid and the engines were built with reliability in mind, not to mention the roominess.

Perhaps this work would be considered a coffee table book, but it goes into more than just beautiful photos of people living in converted busses of one type or another. It begins with information that many a hopeful one-day wanderer will have seen countless times around the web — discussions on why people are looking to live smaller, travel more freely, things like comparing the environmental impact of living in a skoolie (a bus that’s been converted into an RV, essentially) to that of living in a more traditional house, and so on — and then delves into photos and stories of people who are living the traveling lifestyle in a converted school bus, transit bus, etc. There is also the occasional piece of practical advice — such as how to choose and use paint — peppered throughout, but perhaps the most valuable information comes near the end. Mok goes into considerable detail on the different types of busses to where one might purchase one of these potential homes-on-the-road, to actual steps involved in the renovation, from ripping out the floors to choosing appliances.

While you won’t learn everything you need to know about converting a vehicle into your home and making a life on the road your new reality, this is a great piece of inspiration and the short tidbits on things like solar or where to camp serve as a sort of reference guide from which you can go and do additional research on your own.

The Simple Life Guide to RV Living by Gary Collins

Get The Simple Life Guide to RV Living

As the name implies, this is about as basic a primer to getting your life into an RV as one can ask for. Collins begins by doing a little preaching, i.e. you don’t need things to make you happy, experiences will do that far more efficiently. He then proceeds to touch on the different types of RVs, shares his opinion on tiny houses as a viable means of travel, choosing equipment, maintenance and how to make a living on the road — and the transition to such a lifestyle — a bit easier, and peppers in some of his own experiences.

If you are brand new to the concept of living out of an RV, this is a good starting point.

The #vanlife movement is something new. Sure, people have been living out of vans long before some guy hashtagged it, but what was once a pursuit of living simply and seeing more of the world and the nature that comprises it has evolved into a bit of a fashion show. I can’t tell you how many snooty 20-somethings we’ve met who have basically taken out a second mortgage to get a Sprinter with 4000 watts of solar powering their weekend warrior lifestyle, only to passive aggressively tell us what we’re doing wrong beneath the shade of their wide brimmed cowboy hats.

I bring this up because I think it’s an important distinction: a generation of people transformed living out of a van or full-time RVing from something you wait for retirement to do into a viable way of life, and now there’s this concept that everyone who’s out on the weekend is somehow a part of this movement. Which, they are not. There is nothing wrong with owning a van or an RV, or a tent for that matter, and going camping in these things on the weekend. But it does not make for a movement, in fact it dilutes the concept of living small, simply and with as much freedom as possible. To become more in debt–meaning one would need to work longer, harder–simply for the illusion that they are living some nonconformist life, well that just takes away from those who have actually put the effort in to make such a life work, and without purposely trying to do so, I think the folks at Vanlife Diaries are part of what contributes to this overlay concept. Though, perhaps all of us who own a van and an Instagram account are guilt of the same.

So, long rant short, there is a vastly different reality that comes with living, finding work, and happiness in a van than one can achieve by simply driving such a vehicle into the forest every Friday afternoon.

Now as to this book, the Vanlife Diaries folks did a great job at producing something that is sure to inspire. Beautiful young people in a variety of vehicles–not always just vans, mind you–living, shining and vibing across the nation. Aside from telling some of their stories in a compelling way, advice on traveling with pets, finding a place to shower and managing work on the road all can be found within as well. The book even manages to provide some advice you won’t find everywhere else, like camping and showering at a hot springs instead of an RV park, for example. You still get the shower, a place to stay and maybe charge up the batteries, but you also get the hot springs.

Overall, and as skeptical as I am of the big #vanlife accounts these days, this book does a good job at showing the more romantic side of living out of a van and a variety of people who are making it happen. It glorifies the lifestyle to a degree, and that’s okay, because for those people who are enjoying it, it is glorious.

This next one has nothing to do with traveling, but was written by myself. It’s about a young woman who is transported into her father’s past by reading his poetry. Maybe you’ll like it? If you’d like to check it out, you can get it on Amazon here. It’s currently only available for Kindle readers, but if I get a response, I can get it setup for paperback too. 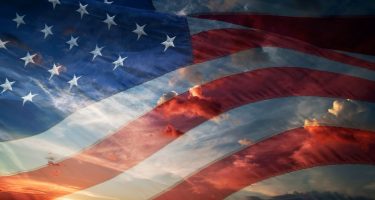 How to Travel Full-time: A Complete Guide to Perpetual Travel 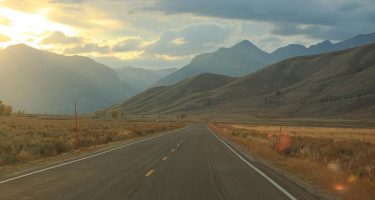 How do you make money while traveling? Do you rent short term vacation houses or live in an RV? Where do you go? What about the kids? And school? These questions answered, and more.