Oregon is one of the few states in the US where hitchhiking is not only legal, it almost seems to be advocated.

Indeed, it only takes driving a few miles along US 101 to see the prevalence of thumbs in the air, motley bearded hobos and eager youths out for adventure alike can be seen burning holes in the soles of their boots as they invite car after car to stop and offer them a ride. The sheer splendor of nearly every mile of two lane highway that runs along the coast is enough reason to start off on foot, and the plentitude of willing hitches vacationing north and south along 101 is reason enough to make hitchhiking one of the preferred methods by seasoned travelers who, for whatever their reasons, do not have a vehicle of their own. The dangers of hitchhiking have been long told by parents wary of their children falling victim to some deviant evil lurking behind the wheels of America’s automobiles, of course.

“The world is just too dangerous these days,” is all too common a life lesson passed on by an older generation, though the world hasn’t gotten any more treacherous, we just have a multitude more media outlets to advertise the crimes of today than generations passed. Of course, we advocate using your head. Just because someone offers you a ride, it doesn’t mean you have to take it. Feel them out, use the street smarts traveling has given you, and always be prepared, but never let a little fear get in the way of a perfectly good, free means of transportation which will not only expedite your way down the road, but give you the chance to perhaps make a new friend or two along the way. Couples, cute girls and families willing to pick you up are usually a safe bet. That guy with the shotgun hanging in the window of his pickup, perhaps not. Though your preference in chauffeur may differ, of course.

If you’re not in a hurry, the Oregon Coast Trail allows hikers to meander through just about every beach, forest and town from the Washington border to California. And cycling on US 101 is nearly as common as cars, though while much of US 101 in Oregon is equipped with dedicated southbound bicycle lanes, such is not the case with the narrow roadways found in the northern part of the state.

The North Coast is not without more traditional means of transport, of course. Both Tillamook and Astoria have public transportation options, and used in conjunction can get you just about anywhere in the area you’d like to go.

Tillamook County Transporation Service offers hourly pickups all around Tillamook itself, as well as Netarts to the West, and Cannon Beach and Manzanita to the North, plus most towns in between. You can even catch a bus to Lincoln City or Portland. The service costs $1.50 per zone.

Astoria’s Sunset Empire Transportation District can then lift you from Cannon Beach all the way to Astoria, with plenty of stops in between. Pricing varies from $1 to $4, depending on how far you’d like to go.

Jo Magpie blogs about hitchhiking through Europe regularly here on Wand’rly via her blog, the Rising Road.

One last, somewhat less practical, means of transportation is the Oregon Coast Scenic Railway, which is not so much a means of transportation as a moving museum on tracks, allowing passengers a trip back in time through the Tillamook Bay from Rockaway Beach to Giribaldi. Don’t plan on using the OCSR as a way to reliably get around, but if you have an afternoon to kill, how better to spend it than being pulled around the grandeur that is the Oregon Coast via a steam engine. 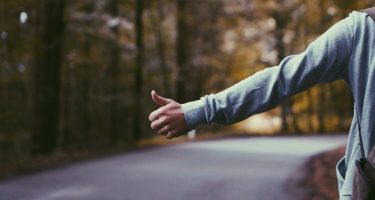 The not so lost art of free travel, conversation and humanity. 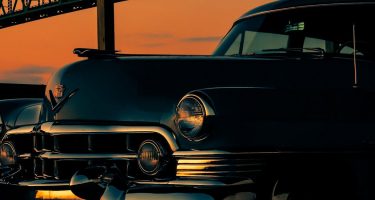 The Original End of the World