“You can pay now,” he said in Spanish, long before I understood the language, “or $100 dollars US tomorrow at the station.” He pointed to a piece of paper with the number 600 on it, the equivalent of about $33 USD in pesos at the time. I didn’t need to speak Spanish to get the drift.

He wanted a bribe, and he was going to get it. I told him that I would pay at the station, as best I could. He kept pointing at the number. Finally, I pointed to the back of or VW Bus and made it clear I’d just pay his bribe.

I probably could have talked him down. I could have continued to refuse. The fact was, though, that I had broken the law (by accidentally going through a flashing green light, which is basically a yellow light in Mexico, before I knew what a flashing green light was.) So instead of doing what’s right, I pulled the money out from where I’d had it stashed and started counting out bills in the middle of a very busy street.

“No, no, no!” he shouted, waving his arms and directing me to the other side of our Bus. No translation was needed.

I paid him, then asked him if he knew how to get to the FedEx warehouse, where we’d been headed when this all occurred. He gave us directions, and a partial escort.

That was about three months into our travels in Mexico. Since then, we’ve encountered dozens, if not a hundred, police checkpoints. We haven’t been pulled over since, but checkpoints are everywhere. It’s been a year and a few months that we’ve been down here, and we’ve never paid another bribe, nor ever been asked to do so.

The day we’d crossed the border at Mexicali in Baja California, though, literally the first day into our journey, we noticed a policeman on a motorcycle who had a woman pulled over.

We passed him, and within seconds he was then on us, in my driver’s side window, pointing for us to pull over.

I did so. He asked if we spoke Spanish. My teenage son did, a little, but I just told him no.

“Nada? No espanol?” he pressed.

He asked for my ID, our insurance, that much I could make out. I showed it to him. I could tell he wanted something, but the lack of communication had him frustrated and us back on our way in moments.

I would learn significantly more Spanish over the next year. I was told, still though, that I should never admit I speak any Spanish. And, I employed that tactic. It worked every time. They would figure we weren’t worth the hassle, and let us go without much of a fuss.

More often than not, they’d just want to look inside of our VW Bus, check out our stove or the fridge, say “hello” to our boys with maybe the only word in English they knew, and send us off. Often with a smile. Sometimes with a handshake. Now and then, a police officer would know English and talk to us.

“Where are you from? How long did it take you to get here? How do you like Mexico?”

“Tejas, mucho tiempo, y Mexico es muy bonito,” I’d respond. “Texas, a long time, and Mexico is very beautiful.” On more than one occasion, this response was met with a fist bump.

By and large, the police in Mexico are friendly. They have a job to do, sure, but if you’re not breaking the law, they have no real reason to fine you, take your license, and they certainly don’t hassle you. Unlike what you may have experienced in the US, they are cordial. They don’t search your person. They barely ever looked through our things in a major way. “Where are you coming from? Where are you going? Can I see your passport and vehicle permit?”

If you can answer these questions, you’re on your way.

Once, in the State of Mexico, after dark, we stopped to pay a toll. Immediately after doing so, a federal police officer whistled for us to pull over. We weren’t really even moving, he just asked us to pull to the side of the road. He told me that foreigners weren’t allowed to drive in Mexico State at night. At first, I pretended like I didn’t know any Spanish, which by then I did. He then showed me the regulation in his book. I admitted I spoke some Spanish, and that the only reason we were driving at night was that we had engine problems earlier that day. We were headed straight to a hotel, I told him. He sympathized, and let us go without a fine or even a warning.

Mexican cops are not crooked. Certainly, some of them are, but as I noted, we’ve been here a year and rarely has a drive from one town to the next happened without a checkpoint, and we’ve been asked to pay a bribe only once.

We obey the traffic laws, including stopping at stop signs–something most Mexican citizens rarely do. We don’t park in no parking zones (instead of a crossed out P, in Mexico it’s a crossed out E, as “estacionar” means “to park” in Spanish.)

We are polite. They return the favor. 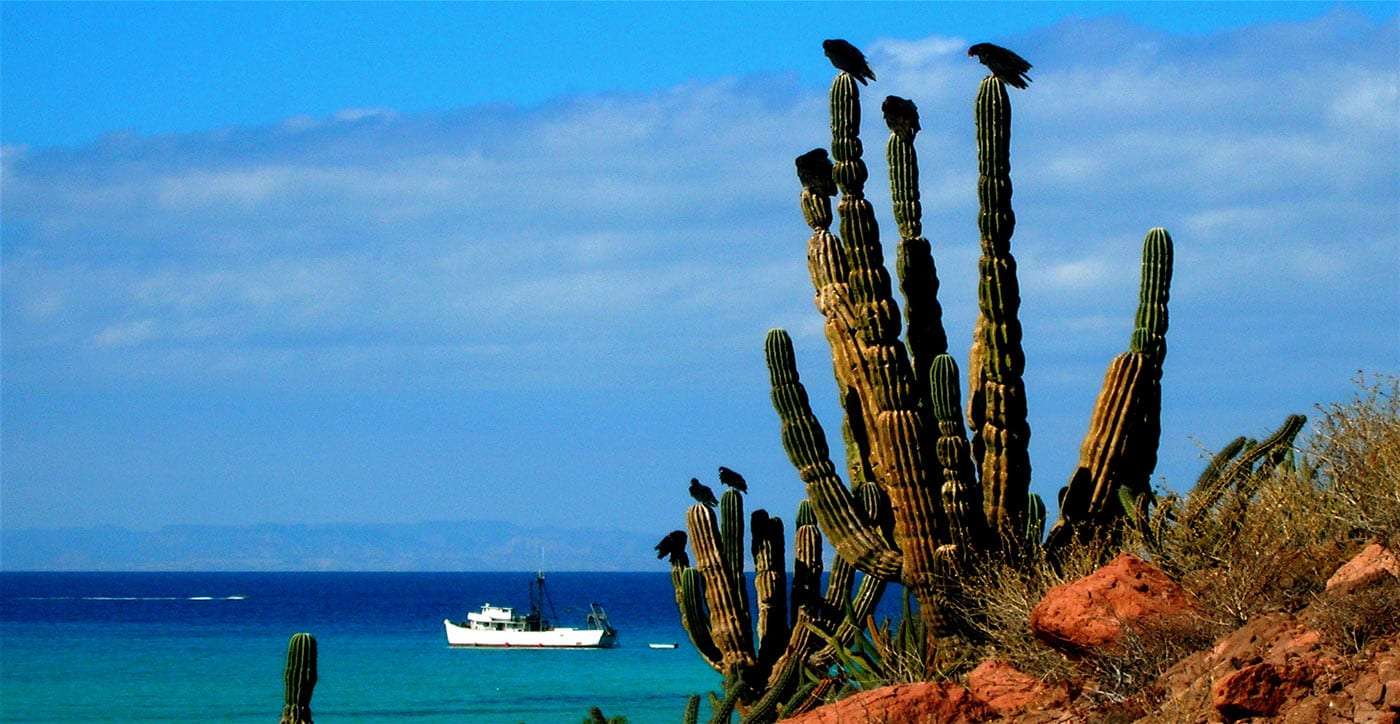 Seven Men in La Paz: Is Everyone in Mexico a Killer? Or Do they all Just Love Families?

A man and his family visit La Paz for two weeks while traveling around Baja California for a few months. While they tend to prefer secluded beaches and the small campos–miniature towns where one can often camp for next to nothing–Baja’s largest city had the potential to supply many items they were in need of […]

One thing to note, cops in Mexico will often have their lights on, and even drive behind you, but this doesn’t necessarily mean “pull over.” In some places, like Mazatlan, for example, they never turn their lights off. I guess it’s a show of presence, an effort to help deter crime or at the very least make tourists feel safe.

There are several types of police officers, in addition to the military, here in Mexico. “Municipal” are the local cops. They are perhaps the most likely to ask for a bribe, or so we’ve been told. The cop that we paid was this type of policeman. “Estadal” are the state cops, and “federal” are the highest level. We’ve been told federal police never ask or accept bribes. We don’t know from personal experience. The military guys are even more rare, though they exist in heavier numbers in Baja and near the southern border of Mexico. They tend to be more serious, as well, but are usually just kids doing their job. Nothing to hide? You’re on your way.

Rumors of Mexico, particularly from the mouths of Americans and Canadians, are rampant. Those spread about police corruption are some of the most laughable, and show clearly how out of proportion things can be blown by those who’ve never come to this country.

As for us? We love Mexico dearly, and any time we are in contact with the police, well, there’s never a feeling of fear or “what if” like we have in the United States, each and every time. Use common sense, don’t involve yourself in illegal activities, and you should be as good to go as we’ve been.

And with the Policia Lights Flashing, Saludos from Mazatlan! 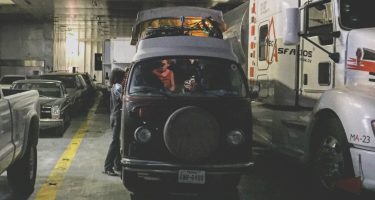 The ferry ride from La Paz to the Mexican Mainland was...interesting. And difficult to obtain. But worth it. Woohoo Mainland here we come! 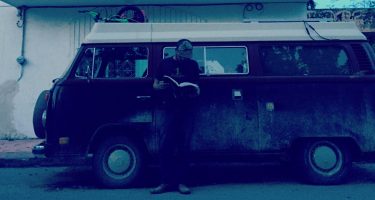 Stories from a Family in a VW Bus