Tangled bronze hair tumbled over my head, falling across the tattered atlas as I traced the route we had travelled that day.

Dad leaned over my shoulder watching my yellow highlighter follow the lines of I-5 from Bellingham to Seattle, then west onto I-90 across Washington, the Idaho panhandle and finally into Missoula, Montana. Each night my father supervised while I marked our travels, alternating days with fluorescent green and yellow markers.

Our journey would last six weeks and take us through ten states and two countries, visiting scattered relatives along the way. The next two days would be spent here in Missoula with my mother’s youngest sister, her husband and infant daughter.

The following morning my father and I woke early and watched the sun grow large above the distant hills, promising another day of sweltering heat. For this girl, whose entire twelve years had been spent in Alaska, the heat was nearly unbearable. I chugged a glass of lemonade while dad sipped his morning 7-Up, a drink I could never quite acquire the taste for. We sat mostly in silence, though not uncomfortable, taking in the sights and sounds of daybreak.

I was elated to be in Montana, the American West. For me it was reminiscent of the Sunday afternoon Westerns that my dad loved to watch. Life seemed limitless here and though impatient to view what the rest of the road held for us, I was content with Missoula that day. Here was the very place where men and women broke their backs and shed their blood for a chance to make a new life. For centuries Native Americans existed in this land in a unique balance with the earth. And here is where they were pushed into near obsolescence. Even as a young girl I could feel the sorrow and the gravity of our nation’s legacy and somehow it felt good to let it wash over and shape me.

But I sensed that my father wanted to be elsewhere. Possibly, he wished he was following one of the many boulder-strewn streams to its source in the mountains behind us. Though he never said as much, I suspected that he would have been a mountain-man in another life. A sidekick to Liver-Eating Johnson or Jedediah Smith, hunting and trapping his way through lonely places, never before touched by man, in a life sans wife, children and the 20th century.

My baby pictures show me in the arms of a six-foot shaggy-haired man with a full bushy black beard, a man who could have stepped out of the Rockies a hundred years prior without turning a head. That same man sat beside me now, clean-shaven and short-haired with a small patch of thinning hair at the crown of his head, his makeover a result of a conversion to my mother’s dogmatic religion several years back. Conversion to a faith that required him to look clean-cut and mainstream.

Missoula is a town for romantics and children who’ve not yet outgrown their imagination, creating the ideal stomping grounds for my father and me that day. Museums, historical buildings and wildlife rehab centers offered more than enough fuel for our minds and the day passed by as though blown by the prairie winds.

After dinner that evening, the whole lot of us headed out for ice cream at a small cafe overlooking the Clark Fork River. My mother and aunt doted on the baby while the men and I watched the water swirl and boil on its roller-coaster ride to the Pacific. The western sky faded into the flaming hues of sunset while the conversation faded into the rose-colored hues of memories. Old fishing stories were dredged up followed by adventures in hunting. I struggled to keep up with my rapidly melting sherbet as Dad related tales of stalking Dall sheep and elk; one of the few subjects of which he spoke openly.

I wanted answers to so many questions. Why had he given up hunting? What fulfilled him now and gave him happiness? Was he satisfied with his life? But I was just a kid. A kid who was at a loss for how to broach such questions with a man of so few words. Had I known that within ten years our relationship would be lost, as though drowned by the waters below, I would have found a way to ask.

Twenty-one years have passed since our days together in the shadow of the Bitterroots and I find myself driving through this town again with my own children and husband. Still a magical place for me I find Missoula downright haunting. The parched foothills still ring with the sounds of Flathead Indian drums if you know how to listen while the waters gurgle stories of dreams found and lost. My own past rises on a breeze and my ever-present ghosts of memories torment me once more.

We’re through Missoula now, a bit north and west of the city where the Mission Mountains can be spotted on their steep ascent to the sky. I’m drawn to these mountains. To places so wild and untamed that life takes on new meanings. In another life I could envision myself strolling into the foothills and never looking back. I suppose I inherited this from my father and I wonder if he still shares this same desire. 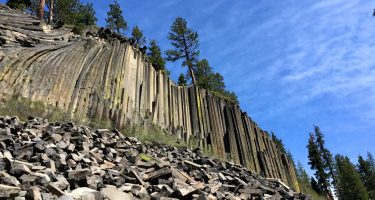 Living in an Airstream 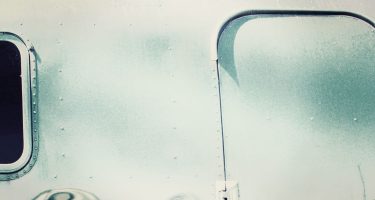