It is nearly the end of autumn, 2020, and winter’s approach has never seemed more ominous.

In anticipation of the coming months, which will likely be cold and dark for many people, one may struggle to grasp at this harsh, new reality that has emerged. Cue the simile of a hospital patient experiencing mild hallucinations. Interesting comparison? Maybe not. Unfortunately, this is all anything but delusional.

Humanity itself has been brought to it’s knees by a mysterious pathogen; the balance of global power seems to shift like the tempests of our polluted world; and, to top it all off, Social and Unrest would like to remind you that this year is their 50th anniversary party. However, don’t get that tuxedo out of the closet just yet.

Despite the fact that the world is metaphorically on fire, there’s always hope. For instance, a friend of mine recently decided to do something quite grand. It was something the likes of which he’d never done before, and it all started with a woman whom he’d met online.

Obviously, as any heart broken, sexually frustrated, or just bored-with-their-existence man will likely say about their experience with online dating, that woman completely stole his heart. So, he was left with no choice but to follow it half way across Canada.

So, with no steady job, no responsibilities worth mentioning, and a medium sized sedan that answered to no one but himself, my friend left Ottawa, Ontario one dreary October morning. Destination: Grand Prairie, Alberta. The voyage began.

Like some kind of delirium derived from watching too many Sinbad movies, my friend would tell you that the days whirled by like the tires on his car, their soul purpose being to get from point A to point B. Meanwhile, when he wasn’t completely focused on driving, he faithfully appreciated some of the other blessings bestowed upon good humans.

He spent hours on his cell phone dealing with customer service departments of various companies, and even had to report an act of fraud to his credit issuer.

He scoured foreign towns and cities for anywhere that might be socially acceptable to get some kind of physical exercise in. Luckily, outdoor basketball courts abound across this country.

Finally, after having encountered far too many faces, places, and parking lot spaces for any man to make sense of, he found himself in an entirely new land.

He had put several thousand kilometers of intense high speed vehicular travel behind him. Apparently Google had outlined a trip of about 4000 kilometers when he checked it out before leaving, but he also said that for any cross country traveler who isn’t some kind of transport driving, half-man-half-machine, you’ll likely drive at least a thousand more than that, as you may make mistakes, or take in some sight seeing. I should mention that he said that he didn’t make much of a point of doing that. He just wanted to get to where his heart was.

When he finally rolled into that small prairie city behind the wheel of his old Kia, he chose a little spot to take a well deserved break. Once he’d had a chance to sit down in a local establishment, enjoy a beverage, and take in a good breath or two, he realized something: he was not at all the same person who’d left Ottawa six days ago.

For one thing, he felt as if he’d just been given his black belt in motor vehicle operation, because after all that driving, there was not a single thing that had went wrong for him and his old Kia. Mind you, he’d probably say that he was just lucky, rather than to suggest that his avoidance of the myriad possibilities of misfortune while on the road was any result of his own skill.

He also said that the beauty of the Canadian landscape brought about feelings inside of him he’d nearly forgotten were humanly possible. The breathtaking wilderness of Northern Ontario. The mind-blowing flatness of the prairies, with their unique forests among rolling foothills, and deep valleys. The awe inspiring Rockies, “as if carved out by God herself,” he’d said. He wrote poetry the whole while, and he said that his only regret was not making it to the coastal city of Vancouver. Apparently, he didn’t have the right tires for that time of year.

Finally, he explained something I’d honestly never considered. He said that it was quite fascinating to learn of how different Canadians are across the country. That, if you get a chance to really pay attention, one might notice various subtleties in the differences of how people drive, or how infrastructure is managed, or even just the general expressions of people moving around in public. That’s just the tip of the iceberg, too, because he mentioned that while sitting on a patio in the sun, drinking a beer in the quaint, mountain-encircled town of Jasper, AB, he realized just how lucky some Canadians are.

Honestly, that’s probably what sold me. I can only imagine how good that beer must have tasted. You know, people travel the world to experience such things, minus the dangerous driving part; but, you’re telling me that I can get everything I need right here in Canada? Wow. Who would have thought.

So, I’ve started to make a bit of a plan in order to follow in his footsteps, ride my own faithful steed in that Kia’s tire tread-marks, you might say. I asked him, what advice do you have for a fellow traveler?

He kind of just told me to wing it.

Here’s his reasoning, he says, “You’ve got yourself a reliable vehicle? Good. Get an oil change if you need one; make sure you’ve got the right tires too. Then, just pack whatever you’ll need for the next two or three weeks, or however long you figure it’s going to take you. I did Ottawa to Prince George, and then back in less than two weeks, but that was nuts. Don’t do what I did, and don’t depend on GPS either; get real maps! I’m sure you have a credit card, so that covers anything you’ll need along the way, but I’d suggest a big plastic bin, or something like that, filled with various supplies, and maybe a cooler and some basic camping-type cutlery and dishware. Stay at hotels, sleep in your car, set up a hammock if you feel safe and know the rules. Make sure your cellular service isn’t going to crap out on you, either.”

Then, he kind of looked up at the sky, and it was a beautiful day as the two of us walked along the canal in town where we’d met. He stopped, turned to me, and gave me a look, as if he was about to tell me something very important. He said, “Look yourself in the eyes before you leave home,” and at that point I must have made a confused expression, because he felt the need to clarify, raising his voice a little, nearly shouting, “In a mirror! You fool,” and then he chuckled and continued. “Tell yourself, honestly, what it is that you want, and what you’re going to do to get it. Then, just hit the road, and you’ll see…” He smiled in a weird little way, as if only he knew what that really meant: you’ll see…

So, now you know how I’ll be spending that weird twilight of the seasons we like to call November. Myself, an Ontarian as well, I’m going to try to make it to Vancouver before the real snow starts to hit. I’ve got winter tires, though I’ve heard that once you get into that coastal valley, it’s like eternal spring.
Do you feel inspired to embark upon such a life changing journey as well? Then get out there and go realize how lucky you are to be a Canadian!

Hopefully, I’ll see you cruising along the Trans-Canada Highway in your minivan, truck, Winnebago, Smart Car, whatever. Just remember one thing, the world is changing very quickly these days. Don’t expect things to be exactly the same whenever you get home.

He mentioned something to that effect, though I don’t quite recall exactly what he was trying to get at. It reminded me of the whole thing with time travel, and the butterfly effect, but I’m pretty sure that driving from East to West is nothing at all like time travel. At best, you may be able to steal a few hours before you have to give ‘em back, if you know what I mean. Anyways, let’s make like good Canadian geese and get going, old man winter is a-comin’, and I suspect he ain’t gonna do us travelers any favors. 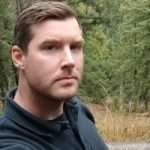 I’m a mysterious new author type guy who's up and coming, and maybe if you’re lucky we can meet at McDonald’s and share a french fry while I’m still relatively approachable. I expect that sooner or later I’ll be contained within some kind of bubble, and visitors might be very limited at that point. Regardless of any theoretical future, I’d recommend living in the present, day by day, word for word.