“They’re evacuating Twisp,” Renée told me. She and the kids were in the town of Winthrop, I back in with our Airstream at a boondocking site by the name of Bear Creek. We were planning on leaving in a few days to head to North Cascades.

Twisp was only 20 minutes from Winthrop.

She went about her day and I mine.

The phone rang again, “They’re evacuating Winthrop.” Our campsite was five minutes from that town.

“Go get gas and let’s leave,” I told her, hanging up the phone and packing our bikes, generator and the kids’ toys up, battening down the Airstream’s various hatches. Prepping to outrun a fire.

The line at the gas station was two blocks long. Twenty minutes later, she and the boys were next in line.

“Sorry,” an attendant appeared, waving her hands, “we’re all out of gas.” Everyone in town was filling up to head for safety. Our tank was on E.

Renée calls and tells me she’s trying the only other station in town.

With nothing left to do at camp, I walk up a hill, through the meadow and to a high point. The fire is close. Not to town yet, but surely not more than 15 or 20 miles away. The smoke bubbles up like dirty cotton swabs and dominates the sky. The wind is blowing fiercely. I can see the actual flames.

The forest stinks of smoke.

The sky is going blacker by the minute.

They finally return, we hitch up and head out, banking on getting over the crest to Western Washington, where there are no fires.

Twenty miles along WA 20, the Cascade Loop, and I get a call on my cell from a Washington area code.

It’s a park ranger. We had reservations at North Cascades. She tells me that all reservations have been canceled, and the road into the park is closed due to low visibility from this massive fire’s smoke.

We turn around and head south. It’s two hours to Wenatchee, where we could catch US 2 and cross back over to the western slope. But it’s late, and neither my eyesight nor the Airstream’s (lack of) running lights will allow us to drive after dark. We make it 11 miles south of the 123,00 acre fire and pull into a state park.

The sign says they have several spots available, though it’s dark and hours have passed since the entrance station closed. We loop the campground and nothing is available. Only one spot is even empty, and it’s been reserved. We consider taking it, trying our luck knowing full and well it’ll mean moving later if the reservee comes in.

We decide to check with the campground host. Who’s asleep. And our light, considerate knocks aren’t doing the job.

“Whatever, let’s go,” I rattle off as we shift into drive and head out of the park. A bunch of RVs are nestled into the day use area’s parking lot. Okay. We join them.

The wind is howling. Having been through this before, I position the Airstream and can in a way that blunts most of the oncoming nature. We remained hooked up, ready to roll at a moment’s notice.

Spaghetti and meatballs begins to fill the air. The younger boys, up well beyond their bedtimes, sit at the table watching Curious George. They were so amused, consumed by the talk of fires, the evacuation, the whistling sirens going by all day in the opposite direction, that they apparently forgot they don’t like traveling at night. Everything, it seems, has calmed down.

And then we hear it. The downpour, the onslaught of water. Thank nature, rain is coming. We’re all saved.

Except it’s just the state park’s sprinkler system. Watering the parking lot. And giving us a free half of an Airstream wash.

Why a state park–an institution that should be known for naturalization–is watering small grass lots in the middle of a parking lot, and missing by a wide margin, is beyond me. I grow frustrated.

Slipping outside for an after dinner smoke, I hear rain again.

But it’s not rain. It’s the crackling of six or more power lines just above us. The parking lot soaked in water, the wind howling wolfpack loud again, and these wires so electrified that one of the boys got a shock when touching the Airstream. Every time I turned a key in the trailer or van it made a spark.

I may have gotten a bit of sunburn on the top of my head when I climbed that hill earlier, to see the fire. But I’m sure it’s the electricity radiating through this entire park that’s making my snap tingle now.

A man in a golf cart drives up. I scour a bit as he nears, though it’s far too dark to see him through his headlights. He turns away.

The stars are magnificent. When the wind isn’t blowing smoke all over head.

I fire up the van and move us away from the sprinklers, out from under the power lines.

Now, closer to the other overnighters in the parking lot, I can hear our neighbors generator humming. An hour or so later he turns it off. Then fires up the engine. They’re leaving. Late night.

“Hey there,” I approach the driver’s side window slowly, “are you leaving?”

Yes, but not because they fear the nearby fire. It seems his wife relies on an oxygen machine and he’s forgotten his inverter—a device which allows you to use a normal 120v outlet directly from your 12v RV battery. A hospital south about an hour has agreed to let them stay there for the night.

People can be good. Hospitals should be good. “Glad to hear it,” I say, “and I hope your homes are safe.”

He tells me they’ve been here for ten years, and each one a fire.

“Last year we lost our house,” his tone somber but not broken, “so there isn’t much left to lose.”

On the radio, the DJs–actual local guys in some time warp radio station that still exists in Twisp–talk of similar losses. Homes. Old family pictures and heirlooms. Sometimes friends. But they are doing something extraordinary. They’re actually being journalists. Broadcasting from a minuscule radio station in a tiny town which has been evacuated, they go on the air and report to us all the latest fire updates.

“We don’t want to be flippant, and highly recommend you gather your most precious belongings and leave. Keep your family safe,” over and over again they say. They thank the hundreds, if not thousands, of firefighters, rangers and EMTs in the area. “But we feel that as a radio station, and we hope tomorrow no one looks back and sees that we made the wrong choice, but as a radio station we can help play some part in all of this.”

They’re too humble. Fuck yes, KTRT, “the Root”, you are heroes too. Thank you for keeping us all informed and in perhaps a less heroic way than those firemen who died tonight, but still as heroes, you stuck around a job despite the nominal risk to your own lives.

As we lay in the parking lot of that state park, the buzzing of those telephone wires just overhead, the stars now completely discarded by the smoky sky, as we mourned the lost firemen and hoped for anyone who might lose their home, it was evident to us where humanity stands. In the day to day we are takers. We choose destruction, foolish ambition for today over the long term good. But when disaster strikes a mountain, even the smallest communities therein, we have the ability and the people to come and save the day. 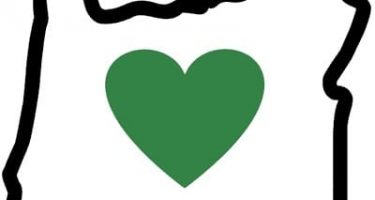 Yesterday we hooked up and headed out of scrubby, Ponderosa pine laden high desert Bend, Oregon. We headed through the Cascade Mountains, big snow capped peaks and brilliant yellow leaves, to pick up Tristan in the great city of Portland, 11,000′ Mt. Hood looming. This morning we pointed her south and watched the mountains from […]

Can you Make Money Blogging? 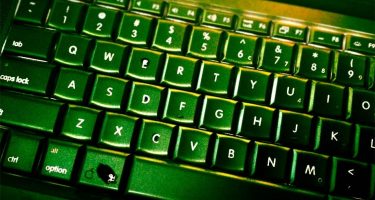 An interview with Corbett Barr, entrepreneur and blogging consultant, on whether blogging can be financially sustainable.