When you are both the brand and the business owner there tends to always be too many irons in the fire.

I came to the realization early on that what could go wrong will go wrong so just plan for it. In Fall of 2006 I took a double booth for Whisky Fest New York at the Marriott Marquis in Manhattan. I was going to shake things up a bit by having a custom motorcycle there with it’s builder, Chris Gavitt of Cinn City Choppers. Four days before we were supposed to leave, the custom bike painter had melted the custom leading on the tanks and fenders. We had to do an emergency rebuild leaving no time to repaint. The same day I found out from the trailer rental company that we could not take a trailer into Manhattan!

Now things were getting a bit serious as we could not ride a motorcycle into NYC that does not even run yet! I have 5,000 in booth rental fees, $1,000 for hotel rooms, plus fuel and food invested for this event and I was dead in the water. One day before left I sourced a Penske panel van that was large enough to ramp in the motorcycle. It was in Columbus, OH and I was in Cincinnati. I had 2 hours to get there before it closed. Columbus is 1:45 on a good day but now I need to hammer down to get this truck. With truck in hand we had the motorcycle loaded and packed before leaving in a few hours.

It was smooth driving to NY. Chris was asleep in a military hammock he strung up in the back next to the bike and my mentor, John McDougall, was riding shotgun. We arrived at the hotel in NY late that night and we were all looking forward to our beds. The valet informed me that my van was too large for the garage and needed to be parked at a lot down the street and that due to 9/11 we could not leave it off to the side in the taxi area. Without much thought I told the gentleman to follow me to the truck and I opened up the back and asked him, “is the hotel going to be responsible for this $70,000 motorcycle (I inflated the price a wee bit J)? He was a bit speechless and his eyes were wide open as he called the other valet guys to the truck. Needless to say they thought my builder was the old man from Orange Country Choppers and they look nothing alike but I went with it and so did Chris. Next thing we knew we had the hotel manager and staff helping to off load the bike at the loading dock and then security making way through the hotel to put the bike on the show floor!

Our panel van sat right in the forbidden parking zone of the hotel for the next three days without a valet bill. Show was a success and the bike looked amazing even though it didn’t even run…yet! 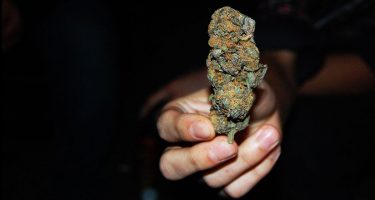 Using and possessing marijuana has been legal in Colorado since December 10th, 2013. As of January 2014, you can buy it in stores. Similar to buying liquor, you need to find a specialty store licensed to do so, and have a valid ID. Other than that, the experience varies widely. Note that marijuana is still […]

The Beers at the End of the Road Less Traveled 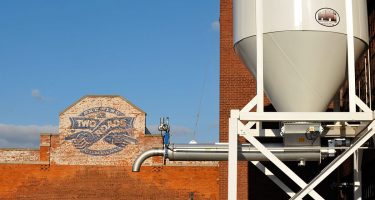 Many beer lovers will attest that the cooler seasons are the best time for beer. Come early autumn, darker, heavier, maltier beers have saturated the market, along with seasonal brews crafted with coffee, pumpkin, vanilla, molasses, and the spices you’d find in a good apple pie. To the beer lover, porters, barleywines, and imperial stouts […]

Written by the Wild Scotsman himself, Jeffrey Topping.