I have to admit. It’s eerie.

The ladies of this family, my dear beautiful Renée and her mom, don’t say it out loud but I know what they’re thinking. Still, during the day, I don’t admit it.

It gets dark early even this far south. October is almost over. Our dog, Annabelle, is restless. Everyone else has gone to bed hours ago, though it’s only 11pm Central Time. Which is even stranger because only a few days before we were in the Pacific Time Zone. And had been for months and months.

So it’s really only 8pm “our time”. I guess just thinking about it makes some people tired.

I’m falling asleep myself now, on the pull out sofa that hasn’t been pulled out tonight. Our youngest boys are in their beds, one of them sharing the less-than-twin with their mom. We–meaning Renée and I–only recently moved into the Airstream from our former master suite that is the van we use to tow the travel trailer.

Renée’s mom inherited the van. And our oldest son, Tristan–10 years apart from his next younger brother–has moved into a nice sized tent.

My eyes are agreeing with gravity. The space heater kicks on and off as someone or other shuffles in their bed, causing the heater to think it’s tipping (and therefor turn off) as the Airstream rocks back and forth. Suddenly Annabelle pushes the door open and jumps into the night.

Oh well, I wasn’t ready for bed anyway. I reach around in the dark and put my boots on to follow her.

My feet step down the rickety built in stairs this old trailer was equipped with almost 40 years ago. She tilts to the side as my weight pushes out of our home and then tilts back as I touch land. My eyes have to adjust, the full moon is so bright it’s like walking into a lit room.

Annie begins to bark. I see them, a horde of deer, in every direction. Nothing to be afraid of. But there are quite a few. The light of the full moon and night’s shadows play tricks on me, and some of these mule deer seem as large as elk, others as slinky sneaky as bobcats. Annie barks her uncharacteristic deep throated woof (for a typically loving chocolate lab) and darts into the night. I hear the stamp of hooves and then nothing.

I light a cigarette. It runs its course and still no Annabelle.

We’ve been traveling four and five hour days for a couple of weeks now, landing nightly in ghost towns and empty deserts, and so we sort of bailed on Halloween. We never do that. It’s the best holiday, period. But in a few days the tricking and treating and general acknowledgement of the middle of Autumn will be upon us and so, as we today found ourselves unexpectedly in a rather large strip mall, we headed earlier to a store that sells costumes.

The younger boys tried some on, a lion and a panda suit ring the favorites. Renee and I looked at one another a few times. She mumbled a few sentences of which I didn’t need to actually hear the words to understand.

We don’t buy Halloween costumes in our family. We make them. And if we did buy them, well, they wouldn’t be pandas and lions.

The boys end up as skateboarding versions of superheroes. We buy the shirts–Batman and Superman–and make the capes. The rest comes from their own individually shared wardrobes.

I’m back in the Airstream though, again later that night. Annie hasn’t come back and I conjure up how I’ll explain it all to Renee. It’s not my fault that her dog ran away, but I suppose I was somehow on watch.

And then she returns, barking. But she won’t come in the Airstream. I go outside with her, wondering if it’s a raccoon or javelina or maybe–my imagination hopeful–a cougar that’s got her out here. I imagine she’s protecting our oldest son in his tent. That she won’t leave him all alone.

Another cigarette. The moon is downright stadium lights bright. Tristan is still awake, playing games online and I can see his 14 year old silhouette through the tent. No one else is in the campground but us. I think to myself how much I wish he wasn’t so into video games. And then I think about how unlikely it is that a cougar will eat him.

I guess video games aren’t all that bad, when you start making comparisons.

Annie still won’t come back into the Airstream. I light another smoke and watch the deer silhouette the park.

There are an awful lot of them.

And what’s wrong with this damned dog? 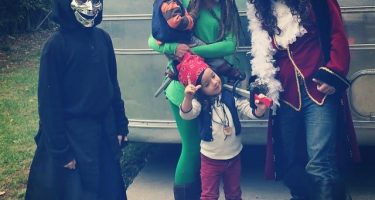 Captain Hook, his pirates, Peter Pan and a creepy looking silver masked guy take to the streets for Trick or Treasure! 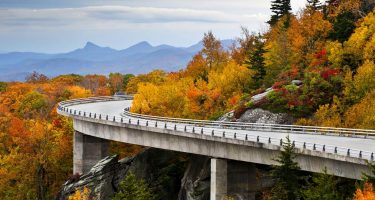