The grand finale of those words echoed a smile in Tristan’s eyes like the sound and sweet sugary sensation of an ice cream truck in the middle of a 1950’s summer. With our annual holiday festival coming up in just over a week, and Tristan mastering the final letter of his alphabetical inclination today, we decided to sum up the school year today for the remainder of this Year of the Rat.

I thought I’d review some of the accomplishments we’ve seen Tristan achieve over the past few months. First of all, I think it should be noted that we began his First Grade year on September 25th, so it’s only really been two and a half months of schooling. In that short time we had basically planned to re-introduce the letters of the alphabet to him, of which he previously only had a loose general knowledge of, and to read some fairy tales and cover a little bit of math. We even had a planned curriculum and everything, which was quickly thrown to the wayside.

After two weeks of learning letters, both how to write them, recognize them and what sounds they made, Tristan began showing a whole lot of interest in learning how to read. This is not Waldorf methodology, and they don’t really start to learn to read until 2nd or even 3rd grade in many cases, but Tristan was definitely diving into the world of reading and I could easily remember being very young, trying to make out what signs and billboards were trying to tell me, so we moved forward with it. That’s one of the greatest things about homeschooling, your child can learn at precisely his own pace. When you have a classroom, everyone learns at the median pace, or that set by the teacher. Hence many kids who can’t keep up get left behind and geniuses grow bored.

We were also reading fairy tales to him in the beginning, associating a story like Snow White with the letter of the day, S, for example. We had a bunch of fairy tale books that were supposed to be authentic, the real stories that were passed down orally through the generations. Here’s what I’ve discovered: people in olden times were idiots. Every store typically ends with two people getting married, usually without ever meeting each other or based solely on looks and ugly people are always the bad guys.

We ended up naturally swaying from reading stories every day as I began to teach him some Spanish and focusing on subjects more scientific and historic, often based around the region we were in. For example, in Memphis we discussed the Civil War and talked about slavery and racism and why people are the way they are. During the Fall in northern Pennsylvania we talked about trees and the differences between coniferous and deciduous trees.

We never got around to really focusing on math, but instead that was just something we did for fun, and not particularly during “school hours” but just whenever. Tristan would sometimes ask me to write a bunch of problems down for him to solve, or while we’re walking around to just ask him to figure things out. He’s grasped mathematics much more than I’d anticipated, being able to understand the concepts of fractions and negative numbers and even multiplication. Am I saying he would solve 1/8th x 23? No, of course not, he’s only 7. But understanding the concept of what a 1/3rd is compared to 3/4ths and so on is the key here. That’s not to say he can’t solve problems, your basic addition and subtraction are easy, even problems like 30 – 40 or 1,000 + 279 will produce correct answers.

Ah, correct answer production, what every father dreams of in a child.

Homeschooling was the most daunting aspect, for myself, of this entire trip, and to be honest, it’s been one of the most enjoyable parts of our new life on the road. Everything just comes so naturally, it’s not about extensive curriculum planning at all and forget about even needing a syllabus. Just letting Tristan lead the way by seeing what he is able to learn and what he might not yet be ready for has done the bulk of the work.

If anyone has any questions about roadschooling, at all, please feel free to fire them off in the comments and I’ll do my best to answer!

A look back over our year with roadschooling Tristan and thoughts about the general education process of a life next to the yellow lines. 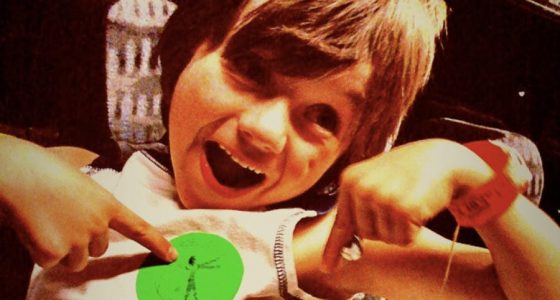 Raising a Family on the Road, Tips, Tricks and Truths

When I first began roadtripping, back in the days when I’d save my three weeks of vacation up for one long go around the country or jaunt to Europe, traveling was something altogether different from what it has become. Back then, “accommodations” meant the back of a car or a tent or maybe a $15