Two years ago I graduated college with nearly $30k in student debt. I don’t regret my education. I met my wife there. I met friends and mentors whose relationships I will cherish for years to come. But there was one not-so-tiny thing hanging over my head after graduation: debt.

Before getting married, I had a very lackadaisical approach to debt. I lacked financial common sense. My thoughts were that it wouldn’t matter if I had a little bit of debt because in a few years when I was raking in hundreds of thousands of dollars I’d be able to pay it off no problem (it’s okay, we can all laugh at immature Heath). Luckily, I married a girl who helped me change spending habits and challenged me to gain an entirely new perspective on debt.

This year, we kicked out an insane goal: to pay off $27k of student debt, all in one year.

I know, it’s a pretty crazy goal for two 24 year olds. Especially while we are still “figuring out” the whole freelance life, marriage, and being grown up thing (wait, we have to pay our own phone bill now?). Paying off so much debt is a lofty goal, but we both came to terms with the fact that we didn’t want to be held back by our loans. We wanted to travel and live a life on our own terms, debt free. But where do you even begin on such a monumental task?

While listening to a Dave Ramsey podcast a few years ago I heard him talk about this couple who moved into a trailer and paid off an exorbitant amount of debt. They were also able to buy a nice house at a young age because they had saved so much money. I remember thinking to myself that I’d never feel comfortable moving into a trailer, I just need more of life’s comforts.

So.. what changed? Aside from marrying an awesome/financially literate woman, how did I go from someone attached to comforts to a guy aggressively paying off his school loans?

Well, I moved into a trailer.

A 1994 Coachmen Leprechaun motorhome to be exact. In May of 2014, just four days after our wedding my wife and I hit the road in our new home on wheels. We 86’d our day jobs in search of something more than the 9-5 life. We hated Texas summers and desperately wanted to know what it would look like to see the leaves change and a fall with temperatures below 100 degrees. We loathed the mundane water cooler talk in the office and also wanted to know what it felt like to do work we both loved. So in addition to quitting our jobs we came up with a project that had two components.

1. We were going to travel to all 50 states in the first year after getting married (this was to satisfy our travel bug).

2. We were going to make a documentary where I worked an hourly paying job in every state (this was to satisfy our lame job bug).

The rest of it we decided we’d make up along the way. We weren’t sure what would happen, how exactly we were going to pay for the entire thing, but we knew the jobs we had been working weren’t going to satisfy our craving for adventure and meaning. We found a sponsor to help us pay for our gas, we hustled our freelance butts off to find writing gigs for RV websites who would pay us anything at all, and we used our new film-making skills (yes, we had no experience prior) to even get some paid video projects on the road. 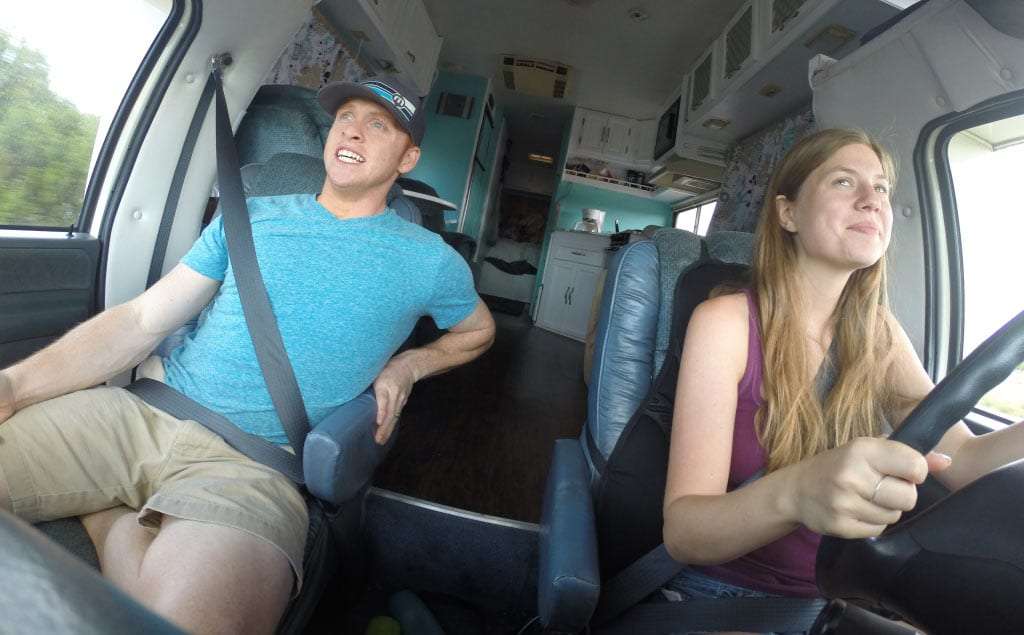 The one thing that tried to hold us back before getting started, other than our parents’ pleas, was the fact that I had a pile of student debt. We were venturing from stable jobs into the unchartered territory of traveling (for us at least) and we had no idea when we were going to be able to begin paying on my debt. Fortunately, our desire for travel and adventure trumped the alternative of sitting in a cubicle until our minds went numb.

See the forthcoming documentary’s trailer over at HourlyAmerica.com.

So last year we traveled in Franklin, the name of our RV, throughout the entire lower 48 states. The trip took us 200 days on the dot. We got to see the leaves change in the northeast during fall. We drove up the entire Pacific Coast Highway. And last month we made the incredible trek up the infamous Alaskan Highway. Along the way our RV broke down, lost a fridge, made a lot of weird noises and had a couple leaks; but Alyssa, myself, and Franklin have all grown closer throughout the process. I did end up finding 50 differents jobs, one in every state. Alyssa filmed the entire thing for a documentary called Hourly America that we’ll be premiering next Labor Day. Along the way our story was shared on CNN, CBS, Fox and Friends Morning Show, and lots of other places.

One job for one day, in all 50 states. Watch the documentary.

But the most impactful part of the entire was journey was this– we learned to live with less, together.

Our perspective on what we truly needed to be happy changed. I used to value expensive things like going to a movie or Top Golf, but now I value kayaking at sunset on the lake or climbing on top of our RV to grab a panoramic view of the Rocky Mountains (all about that Instagram life, come say hi!).

Also, traveling around the country in an RV this past year made us realize we could make a living from anywhere. While our sponsorship has now ended, our journey allowed us to pick up new skills as freelancers, writers, and videographers that’s given us new opportunities to make money while full-time traveling. This year we spent the first few months out in Santa Cruz, California hanging out in the mountains near the cost. Then I went on a 25 city book tour with an author I was working with for his book launch. Alyssa and I also made it to Hawaii, Alaska, and now find ourselves back where we were married in Austin, Texas (for the fall and then we are hitting the road again).

While we are back where we started (for the time being), so much of our perspective on work, money, and having a home has changed. We now see our RV in a new light. It’s not just a 29 foot trailer, it’s our home. Our home that is allowing us to live extremely cheap, be versatile, and even pay off our debts.

Last year during our travels we only paid a little over a $100 towards my student loans (I know, you started reading this expecting me to be all responsible). Once we finished the 48 state portion of our journey we realized the debt wasn’t going to go away, but neither was our passion for travel.

The solution was a plan we devised to pay off all of our debt in 2015. We would dub our project “The year of RV. VS. student debt”.

And so far we’ve held true to our goal. This year, as of August 20th, we’ve already paid off over $13k of our original $27k in student debt. By living in an RV we’ve kept our expenses low (our rent right now is $360/month on the lake) and have done our best to cut out as much non essential spending as possible. If you’re wondering how we made it to Hawaii and Alaska this year on a tight budget, that was a parting courtesy from our sponsor who funded both of those trips (thanks Snagajob).

Also, I have to mention that we didn’t go into any more debt during our traveling around the country this past year. We just didn’t pay off a lot of debt. Our total cost for traveling to all 50 states was $23,727.10. We were able to actually make $24,521.72 during our time on the road (through sponsorships, freelance work, crowdfunding, etc). Also, this doesn’t include the initial upfront cost of our rig, which was $11,500. If you want to see a breakdown of our expenses and income, I posted screenshots of our budget/income on my blog. Also, I have a free 7 day travel course called “How to see America on less than $2k/month” where I outline everything I’ve learned so far on how to travel cheap, you can download my course here for free.

See the exact numbers over at HeathPadgett.com.

After slowing down our schedule we’ve realized the ultimate freedom so many people have talked about when it comes to travel. We get to choose our work schedules and where we want to live. The best part is we are actively working towards a debt free life. If we both had stayed in our previous jobs we would have likely gotten a small bump in raises over time, but our spending habits would have stayed relatively the same while we continued to pay nearly $1,000 / month for rent and utilities while also constantly eating out.

The change happened when we moved into an RV and realized that buying more things wasn’t going to make us happy. If I were to share any advice on paying off debt it would be this:

Leave as many comforts behind as possible (house, nice apartment, gourmet meals). It’s not the comforts themselves that are evil, it’s when they become our main source of pleasure. I still enjoy a great meal from time to time, but I would be just as happy eating a $1 breakfast taco. Once you change your mindset from constantly seeking things to constantly seeking experiences, you’ll realize you never needed any of the stuff. You will realize that since you need less things to be happy, you can put more of that money towards paying debt. The strategies for how to make more money will definitely help with this newfound mindset. But if you first don’t change your comfort-based mindset, nothing will help you. 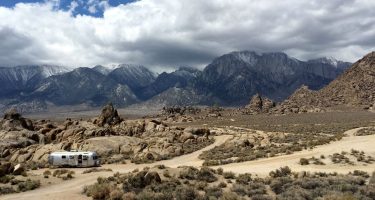 The best advice we can give you on how to break the news to friends and family that you'll be leaving for a life on the road.