Man, what a couple of years it’s been.

I’d been living out of my car, a mid-sized Kia sedan, since October of the previous year. On this particular occasion I decided that I was in need of a bit of a break, so I got a hotel room.

There–in Barrie, Ontario–just about a hundred kilometres north of the big city of Toronto, I paced back and forth, alone in my room at the Hampton Inn.

I was drinking Jameson whiskey, on the rocks. You know, there’s not much opportunity for alcoholic consumption when you live out of your car, and for a few reasons, but that’s not to say that it can’t be done. A night at a hotel is one way to do it.

Meanwhile, outside my window, a setting sun brought on a familiar feeling: lonesome.

Living as a solitary, vehicular nomad during the pandemic, I’d become quite socially isolated, because not only had public events been closed, like socialization at bars and nightclubs and such, but even passing people in public didn’t happen the same way as it used to.

I found myself constantly surrounded by people, yet lacking meaningful human connection. It was actually quite tormenting. Luckily, life threw me a bone in a way I wouldn’t have ever expected.

Earlier that day I’d gone off on a walk in order to gather some supplies, get some exercise, and take in some of the local scenery.

Here’s a hint: the Hampton Inn in Barrie backs onto a forest, with trails that lead towards a bit of a shopping district a few kilometres away. If you enjoy nature, but also enjoy certain aspects offered by cities, it’s a decent choice.

While passing in front of an LCBO (the official retailer for wines and spirits in Ontario), I noticed an old, derelict homeless man, sitting humbly and presenting a sign that said something about faith and God. I decided to stop, say hello, and offer him some money.

I handed him a five dollar bill, and it was honestly the best money I’ve ever spent, not that that’s what actually mattered out of our interaction.

I was subsequently educated on religion, history, geography, and even psychology, to the point where over half an hour went by, and we found ourselves trying to guess how many Olympic-sized swimming pools worth of water were in each of the clouds that passed us, overhead.

“There’s a lot of unused power in the moisture of those clouds,” the old, homeless man said, mysteriously. Meanwhile, men and women got in and out of expensive vehicles, fetching alcoholic drinks to take home, perhaps also to drink in sorrow, by themselves.

You know, out of all that time I was there, no one else stopped to say hello, or offer him help. Not even once. Man, I don’t even recall that anyone even looked in our direction.

It was like I’d been pulled into a portal and transported to the throne of Odin, to be educated on life, and given some sort of intellectually derived vitality as recompense for five dollars, and to fuel my own spirits.

I eventually left, but not before taking his number. Oh, yah, Mich, as he’d called himself, who had a great white beard, all yellow around his mouth; dressed in ragged, dirty clothing, and with cigarette stained fingertips, he held an old, pre-paid, flip phone.

So, when I was alone and depressed later that evening in my hotel room, suckin’ on Jameson whiskey and wondering how in the heck my life could be so lonely in a world full of people, it was old Mich White Beard who called me, from his tent in the woods on the side of the highway, to say hello, and cheer me up.

I’m telling you, it’s not about what a person is worth monetarily, what degree they have, or whether they’re a trained counsellor or not. Real, honest, sympathetic human beings are what we need sometimes in life.

Sometimes we just need someone who’s able to share, listen, and remind us that we’re not alone. It’s the authenticity that counts!

Mich White Beard, as I’ve come to call him, made me feel better than I’d felt in days, if not weeks, and all because I decided that I wasn’t too proud to stop, bend down, and say hello. I mean, yah, be careful out there, always, but don’t forget that you’ve got a heart in you that beats with life, and that it needs to feel that in others around you too.

So, if ever you find yourself in similar circumstances, living out of your car and lonely, go downtown, find a homeless person, and see if you can strike up a conversation. Like me, you might be surprised at what happens.

Not All Good Canadians Live in an Igloo: Living Out of a Vehicle During COVID 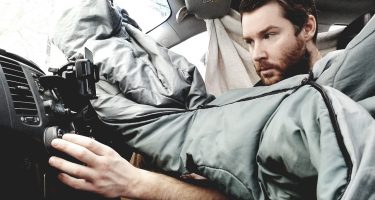 A man paints the life of full-time living out of his car, in Canada, during the winter, and COVID 19.

The Reality of the Police Situation in Mexico 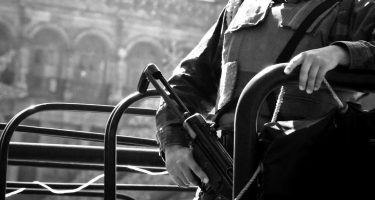 Experiences with the police in Mexico, from bribes to military checkpoints, the differences between municipal, state and federal cops, and some surprises you may not have expected.

John Ryan is the elusive author of this article.