While traveling with a vehicle gives plenty of freedom and lots of opportunity to explore a country at your own pace, it also has some downsides.

One of them is the constant lack of space and often limited access to such things as fresh water, washing facilities and even showers. Leaving your laundry, your dishes–sometimes even yourself–dirty. Vehicles too can be difficult to keep clean, no matter if you clean them regularly or not. Some cars for example start to develop mold, which requires a bit more than a good wipe to get rid of. Luckily, it does not take much to solve most of the common issues, or even better: to prevent them from arising in the first place. Many things are as simple as making a small adjustment and then just letting it be. Beneath is a short list of various ways you can make your traveling vehicle a lot more hygienic, without it either costing a lot of money, time, space or effort.

When your ”home” is only a few square meters big, you find yourself wondering how you could complain about the lack of space in your previous apartment. For people traveling in a van, space is sometimes limited to that of a bed, a few storage compartments and two front seats, but even RVs often have very limited space. One thing that tends to take a lot of room is clothes, but blankets and bedding of various kinds can too add up quickly, especially if you are traveling somewhere cold. An easy way to solve this problem–or at least mitigate it–is to buy compression sacks. There are a wide variety of such sacks available and they all fundamentally work in pretty much the same way: fill the sack, extract the air, get more space for other things. Gobi Gear has the perhaps most interesting compression sack on the market, as it not only compresses but also organizes the things you put into it, with some sacks allowing you to fill up to five different compartments. A big fluffy blanket or a pile of clothes suddenly takes no more space than a pillow. Compression sacks also makes it easier to… 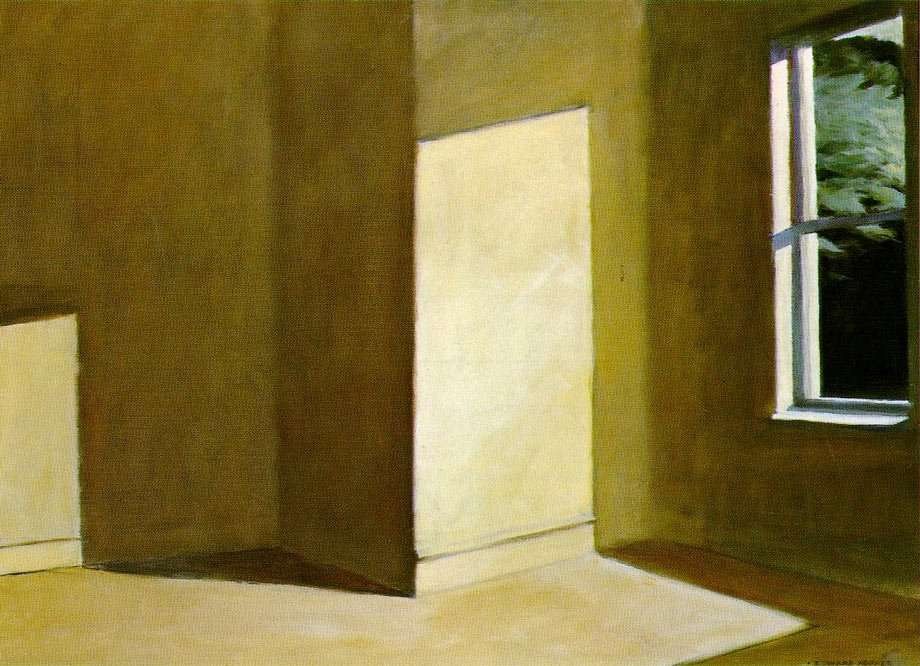 How to Get Rid of Your Stuff

A short tutorial on how to rid yourself of all of the stuff, aka junk, that one can accumulate over years spent living in a stick house, with the ultimate goal being to hit the road full-time.

It seems like it should not be very hard to keep things organized in such a small space as a vehicle. But you’d be surprised. The lack of space, the restricted movement, let alone the fact that you have all kinds of stuff with you, in what is sometimes only a few square meters large but at best perhaps the size of a small flat; toothbrushes, frying pans, towels, clothes and spices–all in the same little area. One way to help keeping it all organized is to use packing cubes. Basically, these are cube shaped bags with zippers, that you can keep your stuff in when you don’t use it. They come in all kinds and shapes, ranging from very small to very large. They can be used thematically, for example using one for hygiene product and another for clothes or sport equipment. When you don’t use them, just stack them onto each other under the bed, and you don’t have to have stuff laying around or ever wonder where the towel is (it’s in the blue bag, with the sun screen and the snorkel set). 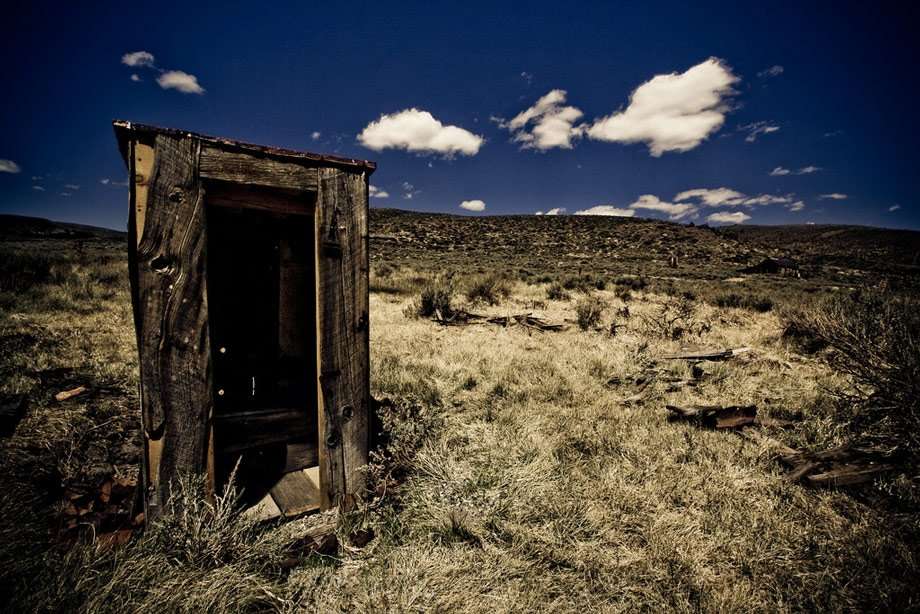 Where to find hot, clean showers and how to relieve yourself for those travelers who have no built-in shower and bathroom.

Now that the space is sorted and things are compressed and organized, let’s try to get the air sorted too!

It seems to be a problem especially for people traveling in a van that mold sets in at some point during the trip. Not only from such things as rain or wetness from you entering the car after swimming, dropping your glass of water or so forth, but even from your breath itself. Under some conditions, windows are covered in condensation in the morning. Not only does this sometimes make it a bit less enjoyable to wake up (cold and damp mornings are never a hit), but a lot of this moisture is picked up by clothes, linens, mattresses etc, sometimes causing a mold problem. Besides regular cleaning, moisture absorbing crystals are a great way to prevent this from happening. It’s cheap, easy and very effective. They are widely available too, possible to find in many big warehouses and interior stores. The crystals will first absorb moisture from the air and later let them drip down into a tray, which you can easily empty in the morning, waking up in a nice dry vehicle, having breathed fresh clean air instead of mildew spores. Even if you don’t have a problem with mold, keeping excessive moisture out of the air makes a big difference to air quality and how clean the car is, limiting bacterial growth.

The Amazon has been called the lungs of the world. It’s a big forest indeed, but the world is a big place. Your van or camper wagon, boat or whatever you travel in…not so big. And the lungs of your vehicle could be quite small too. Not only do plants increase the air quality by creating oxygen, but they also absorb pollutants, including even synthetic chemicals which could otherwise be harmful for you. So skip the Wunderbaum and get yourself a real plant! Here is a short article about all that and in case you need inspiration a short list of which plants are considered the most effective cleaners. And if you would think that the watering of the plants would increase the risk of mold, think again, because according to studies, the air in rooms containing plants has up to 60% less mold spores and bacteria in it!1

Personally I’d just bring something to put in my food. Some rosemary perhaps?

Now that everything is clean (and smelling like rosemary), in case something gets dirty again and you need to visit a laundromat: why not actually skip the laundromat and use a portable washing machine instead? There are some different portable washing machines on the market, the most famous of which is The Scrubba. Weighing about 150 grams, it’s nonetheless supposed to launder just as well as a washing machine. Basically, it is a water proof bag with an air valve (to extract excessive air) and a built in washboard, which will scrub your clothes clean. Fill the bag with water, add clothes and washing machine powder. Give it a good scrubbing for 3-5 minutes and then change to clean water and rinse the clothes. Hang to dry. With clean clothes possible in less than ten minutes–without having to bother with finding a laundromat–you can stay at that nice spot in front of the lake, saving time as well as money.

6. And a Shower to Finish it Up

Nothing will be clean if you are not clean! You know that. So you endure that cold shower. But perhaps you did not know that you could just have brought a portable travel shower. There are many of them on the market. Usually they are black, water proof bags with attached nozzle, but they come in all kinds and varieties. And perhaps one could say that the simpler it is, the better it is. The more high end ones tend to take a lot of extra space and require a lot of extra work, while sometimes they don’t even work as well. If you go for a basic travel shower, it’s just to fill it up with water, close the bag tight and hang from a nearby branch. Let the sun heat the water. It shouldn’t take long, as the black bag absorbs the heat from the sun and the water in the sealed bag has no way to cool down. Some of these small showers, weighing just a few ounces and packing smaller than a cup, can give you showers up to ten minutes or so long!

Can I Live in a Van? 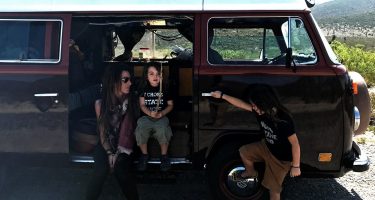 Just about everything you need to know about how and how rough it may be to live in a van, from a family of four who has done it for many years.

How Everything in an RV Works 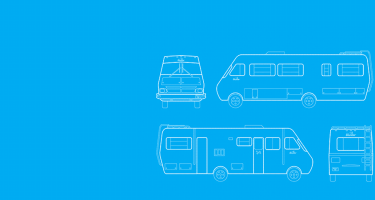 From electrical wiring to dumping your sewage, the unabridged guide to everything RV. 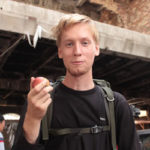 Isak has up until now been the laziest blogger he knows. Trying to change, in the future perhaps his currently slightly empty blog will be filled with stuff about van traveling, environmental conservation and other interests.