Along with any conversation about Utah, there seems to come the topic of alcohol laws.

At least in the circles I frequent, which are the types which tend to leave can-sized circles on wooden countertops. Tie-ins with Mormon history abound in these conversations. A general sense of fear or disdain for the state peppers every phrase, always followed by, “…but it’s so beautiful.”

I participated in the conversations, so I am as guilty as any. There’s more to it all than that, though. For every story of Mormons enslaving too young girls trapped in the thoughts of their religious every day beginnings there is another great tale of rugged men and women following an ideal and willing to die in the desert for it. Every shell at the beach has two sides, the pretty, sun-glimmering one exposed to the blue sky and glistening in the eyes of every child who spies it, and the dirty, sand-ridden and scratched side stuffed into the muck.

It’s those of us who take the time to flip over shells and find out what’s underneath them, what’s inside of them, that can say we’ve at least tried the experience of both.

So before one lingers a finger across an atlas of the United States, considering whether Colorado or California will be their destination, quick to skip over the Beehive State, well that one might consider the road that seems least likely is typically the one less traveled.

Thus we delve into the alcohol laws of Utah.

“Our liquor laws are actually pretty simple and not a constrictive as most people think,” tells Lindsay Berk of Uinta Brewing, perhaps Utah’s premiere brewery.

“We don’t have any limitations on the beer we brew, in fact, Uinta brews beer anywhere from 4% to 13.2%.” She goes on to clarify though that there are a few additional limitations.

“Any beer above 4% ABV has to be purchased in a liquor store.” That’s 4% alcohol by volume, as opposed to the limit of 3.2% alcohol by weight that you’ll hear Utahns throw out from time to time.

As long as a beer is 4% ABV, it can be purchased in grocery stores, gas stations and their ilk.

As for purchasing a brew in an actual bar, she further clarifies, “Any beer you find on draft in this state has to be 4% or below but that doesn’t mean you can’t enjoy something above 4%, it will just come in its container.” Which essentially means that you can buy beer of just about any alcohol percentage, you’ll just find the bartender delivers it in a bottle or can instead of a pint glass.

There’s even something to be said in favor of the 4% law, as she puts it, “In hind sight, we are a bit spoiled with fantastic session beers on draft in this state.”

Session beers are low alcohol beers intended to allow the imbiber a longer period of alcohol consumption before they get intoxicated. Anyone who’s tried to spend an entire Fourth of July while cracking 9% IPAs will appreciate the more sober side of not falling down a few hours before the fireworks red, white and blue the sky. 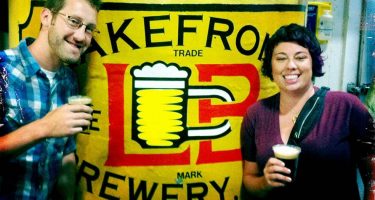 Follow along with a young couple as they make their way around the USA in an RV in search of the greatest local breweries this nation has to offer. 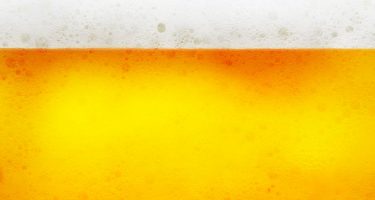 An overview of how drastically different laws on selling and consuming alcohol can be across the United States, plus a link to our app that makes figuring it all out easy.