A month in and I’m over reality. When we aren’t boondocked in the mountains I just feel out of place, unwelcome, and a bit out of sorts.

We’ve barely been on the road a month, an even split between boondocking and full hook-ups and even a hotel stay and can I just say, the later sucks.

Hear me out, while the conveniences of the modern RV are nice and cushy, it is just not the same. The freedom that comes from just finding a beautiful spot down a dirt road you’ve never been on, and breathing in the peace that only comes from being lost just doesn’t compare. There is zero part of me that misses the internet and instant access to my Instagram feed, Facebook wall or the Twitterverse. I could care less about anything other than my shoeless wonders, the dirt under their fingers and the sound of the gravel crunching under my Birks. What I wouldn’t give to keep us wrapped up in the backroads of the mountains forever.

On the flip side, a hot shower hits the spot after days and days outside covered in fresh air, dirt and sunscreen. But beyond that, the air conditioner flips on, then the tv and Nintendo all become a part of our day, even as I struggle to get us out the door and back into Yellowstone National Park.

I don’t understand how they don’t just cry when we leave that park. Every square inch of the place is unbelievable. The bison literally roam so freely, stopping traffic at every whim, not a care in the world. I envy that freedom, and how could you not? The chance of finding a wolf, a grizzly bear, or even a mountain lion to photograph fills me with such adrenaline, I want to hike day and night.

But then we leave and come back to our cozy RV with our tv and Nintendo (because remember, I’m old school, my kids aren’t on PlayStation, Xbox, or YouTube, if they’re going to play games, they’re going to learn the classics.)

Family time, inside jokes, and shoe free cares, give way to the sound of classic Super Mario, while I’m left to figure out what to eat. My heart longs for the freedom of the mountains, to hear my kids outside shrieking over a new discovery, my husband laughing alongside them, and feeling that warm sun kissing my skin.

We spent a day checking out Grand Teton National Park, and I was hooked. After falling in love with the Park, I knew we had to spend more times deep in the mountain trails, going on bear hunts, lunch dates and the sun setting on the day. My kids and husband were unwilling to spend another long day outside, lost in the sunshine, exhausted and begging to rest.

So I took the opportunity to enjoy the peace, sunshine and time behind my camera lens on my own. It had been months since I’ve taken any hint of time by myself, so I didn’t hesitate to run out the door and head for the mountains. I spent the day chasing Grizzly 399 and her four yearling cubs around the park, with the die-hards who have lenses that make mine look like a disposable camera.

Nevertheless, the sound of silence was priceless. While I was hesitant to leave the kids knowing their day would include a large part of screen time, my sanity was on the rocks and I needed this. I followed this bear and her cubs at a safe distant, through the entire day like she was a celebrity, and really she is in the wildlife photographer world. I captured photo after photo of them together, separate, wrestling, swimming and running.

My heart was full, my soul was filled with song and my hand was sore.  By the end of the day, it looked to me like she was ready to hide away in the mountains. She looked exhausted and not by her cubs. I started to feel bad for her and the chaos she deals with. It’s amazing she hasn’t eaten anyone yet.

I decided to head back to check in on my family after a magical day alone, eating when I chose, resting when I wanted, and chasing a 500 pound Grizzly bear until my heart was content. Did I mention it was magical? Not once did I stress about where the kids were, what they needed, or how much they ate. It was exactly what I needed. My family was in bed by the time I got back and I was happy to be able to crawl into bed and close my happily exhausted, over-squinted eyes.

The next day my feet were dirty, my skin was sun kissed, and my heart full.

I reluctantly helped pack up to move away from my slice of paradise to head back into reality, to bring the kids to Glacier National Park. We are staying in a hotel and my heart is already crying at the memory of the tv on, the swim suits scattered all over the floor, and the fight it will be to get out of the door to go to the park.

We are hoping the roads are open so we can take the kids to the spot we got married all those years ago. Maybe just maybe the full circle of where it all started will give them a refreshed love for the outdoors long enough to help me fight their NDD.

The more often, and longer, we are on hook-ups the further I worry we get from saving them from Nature Deficit Disorder. But this is a fight I will not cave on, this is the fight for their lives to be centered on something real, lasting and meaningful. Just like Grizzly 399 I will furiously continue to protect my kids, their development and their love of the outdoors. We will not give into to NDD, but overcome it, one National Park, Forest, Monument or Preserve at a time.

Until next time friends, get outside and never stop fighting for what is in your heart. 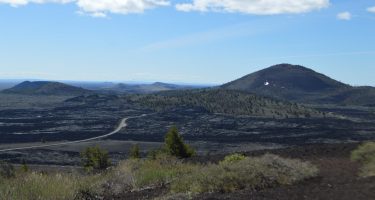 Sydnie makes an escape plan, from COVID, from being trapped at home, her kids with too much screen time, her husband quarantined away from the family. The story of family taking life by the reigns and exploring nature as the cure to it all. 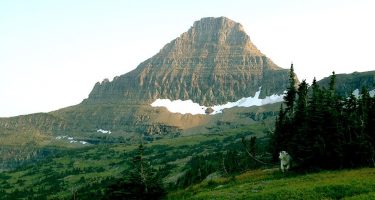 Journey the Going-to-the-Sun Road. Encounter multiple sunsets and a mountain goat or two along the way. Visit Glacier National Park with Wand'rly Magazine.

Sydnie is a born and raised Montanan, with a desire to steal her family back from screens and get them back into nature. There is never a dull moment in our wild, shoeless family, join us for our Roadside adventure.