Whatever you do, don’t pick up a hitchhiker.

So your mama might say. And you may believe it, until you find yourself with a thumb in the air.

When I was a kid (and this was the 90’s), there was this party. And it was several towns over. I wanted to go, and so did my neighbor. But “several towns” came out to something like 15 miles, and to be honest, without Google Maps or a good understanding of how to even own a map, neither of us knew that.

So we decided to ride our bikes to get there. And I guess, in the interest of journalism, they weren’t our bikes…as much as they were stolen. But anyway, statutes of limitation long gone, that friend never made it.

And neither did I. Not on the bike, anyway. There was this major highway intersection about six miles shy of the destination party and, quite frankly (by 9:30pm, well into a party “back home”), I was tired of cycling. So my nearly adult self tossed that 16″ pink and white bike into the forest–fully intent on some day giving it back, I think–and threw a thumb into the air.

I was picked up by some French Canadians; and I assure you that is quite the experience for a young man grown up in a town full of largely set-in-their-ways, if not downright-racist, Central Pennsylvanians. They sat me in the back seat of a three row mini-van and I was bedazzled by beautiful women and intelligent men alike. Moments later, even after I continued to give them much ado about leaving me a block or two away, I was at my destination. Those intriguing foreigners were gone and I was too.

It sparked something small in me which would eventually lead to full-time travel. But more importantly, it would give me a lifelong desire to pick up anyone who was both willing to put their thumb in the air and didn’t completely look like a psycho.

Many years later, I’d find myself living in a Volkswagen Bus. Driving to a town. With my then 8 year old son.

A man on the side of the street, no thumb at all mind you, was looking like a guy with two feet and about twenty miles to civilization. I thought about it. I’d picked up at least a dozen people in the fifteen years that had passed, not one of them a threat or anything short of decent. But I’d never picked up a hitchhiker with anything to lose but myself, my money, or maybe my car.

In that instance I thought about those facts. That I’d never lost a thing. That I’d had so many conversations in fact, that lead to the contrary. Stories about guys trying to find a job, or how many states they’d crossed, or just plain old women trying to get to work. I thought about the logic of wanting to protect my son. But from what? Good Samaritans?

And so I pulled over a few yards later and put my right signal on. I could see the man, older, long grey beard, running up to meet us. My son instinctively got into the back seat, not for fear but for manners, and the guy jumped in.

We drove him to town. Twenty miles was twenty five minutes in a car. Or a day’s pursuit on foot. He swore a bit, talked hippy lingo and tried to express his reverence for nature as much as he did curse out the last guys he’d been camping with. Apparently they didn’t share their McDonalds. When we got to where we were all generally going, he left, shook my hand. And then he was gone.

No murders. No thieving. A little different perspective for me and mine.

That type of thing would never become commonplace. But it would happen again. With a girlfriend on our first date, one that would turn into 10 days’ worth of roadtripping from Colorado to California. One where we’d pick up two young thumbers near Reading, CA and they’d offer us a toke and I’d tell them about the beer in the mini fridge (we were roadtripping / living out of a VW Bus at the time). And then that girlfriend, who later would become the mother to my children, well she and I would want to be alone and ask them to leave. No good reason. We’re still going their way. Just, “Well, have a good one.”

Did they get angry? Nope. Did they get a bunch of miles further down the road, while having a party all the way? Yep.

And that’s the kind of thing I want to express with this issue. Hitchhiking is not a crime. It’s not a guaranteed death sentence. It’s another way of getting around. 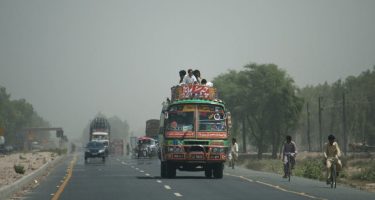 When I was 20, I hitchhiked across the Sahara dessert by alone. I have yet to stop since. This time around, I find myself in Pakistan. 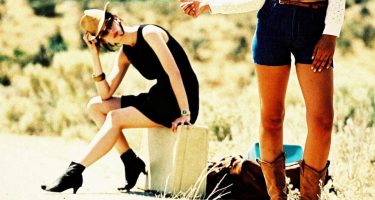 Statistics on highway safety from the FBI, California Department of Transportation and elsewhere showing hitchhiking not as dangerous as touted.