Henrik Harju is a location-independent entrepreneur who lives in Helsinki, Finland.

More specifically, he’s a developer who’s created several websites that allow him a life of relative freedom. We caught up with him in Berlin to ask a few questions about his latest project, a website dedicated to helping other developers easily find jobs which don’t require you to go into an office, aka location-independent work. Given that we’re all about traveling around, and helping people find resources that can make that possible, we think his story will interest anyone seeking to work from the comfort and liberty of their home-on-the-road.

“I’ve been making a living from my own projects for about five years now with several different sites in different niches,” Henrik begins. “WorkFromHomeJobs is one of my latest projects that I’m working.”

Henrik’s WorkFromHomeJobs is a simple concept: he pulls from a handful of other job boards to make it easy to find work that specifically does not require one to live in any specific location, or to visit an office regularly. Henrik makes his living this way, and is therefore ideally suited to create such a website. He also trades cryptocurrency and maintains a handful of past projects as well.

“[I] started off by wanting to learn about working with APIs,” he explains his motivation for creating the site, “and in the end making my own APIs for the other remote job boards. Later on I will monetize this by adding my own internal jobs among the fetched resources.”

For now though, the website is completely free to use. Visitors can sort through specific categories — from design and development to marketing, sales, copywriting, even customer service — or just browse all of the latest postings on the homepage. At the moment this is being written, some of the jobs include a WordPress developer, a Social Media Assistant, a Product Designer and a Trello Support Engineer. While many of these will require specific skills, such as knowing how to write code or design beautiful, functional layouts, some positions would be applicable to more entry level skillsets.

I’m a maker at heart…

For example, the same company that’s looking for that WordPress Developer is also looking for a “Happiness Buff”, i.e. a customer support person who doesn’t need to know how to code, but who may have some experiencing working in WordPress with extensions and themes. Since it’s a legal requirement now to have a blog if you are also the traveling type, no doubt many people would be able to fit into that groove.

Other interesting positions include a travel agent and an entertainment writer. So it’s not all hardcore development stuff, and if you’re on the hunt for remote work, this is undoubtedly going to prove a valuable resource.

The jobs are always fresh, too. “WorkFromHomeJobs only lists remote jobs that were posted in the last 30 days,” Henrik explains. “Right now there [are] about 400 of them. It’s the largest source of remote jobs anywhere online within this 30 day time frame.” If you’ve never gone job hunting online, this is all the more useful as it prevents you from needing to sift through, fingers crossed and hopeful, outdated jobs that are likely no longer even available.

“[The] site is really new,” he continues, “so there’s only about 2000 users per month currently.” Henrik expects the traffic to grow significantly in the future, but as of now that little traffic with that many potential jobs makes it an excellent opportunity to narrow down your search while at the same time maximizing how likely you are to be a chosen candidate. Having a little advantage over the competition never hurts.

“I don’t travel that much,” he admits, “maybe twice a year for little trips around Europe. Berlin has been my favorite location so far.” He’s been there three times before as well.

“My girlfriend wanted to come to Berlin for university exchange,” he says, “so I came along. I don’t have any constraints in terms of working from somewhere specific or at any given time, so it was easy for me to make the adjustment.” His experience can now be your own personal payoff, if you’re looking for a way to work remotely, for travel or otherwise.

“I became an entrepreneur about 9 years ago now, first three years were a big learning curve during which I devoured every course around entrepreneurship, coding and marketing to become a ‘full stack entrepreneur’ so I could create, market and monetize my projects. Biggest reason I couldn’t really make money online during was that I kept making stuff that didn’t provide value.” Henrik explains how he realized that making something people want is one of the hardest parts of being a successful small business. “Then it was that I couldn’t get traffic and lastly that it wasn’t monetizable. When starting new projects I go through these three mentally to check it’s possible to make money… at least in theory.”

Henrik’s other ventures includes a service which allows people to download entire websites (and another that allows for downloading of no longer existing websites), another which promises to allow website owners to upload their current static website and have it converted to a WordPress theme, and several dealing with ICOs (initial coin investments), which are like IPOs but for cryptocurrency.

“I’m a maker at heart,” he says. “Right now I have a few sites that generate an income and a few smaller ones that make money but only a few hundred per month. Basically I’ve found it easier to make multiple sites and projects that generate $400-$4000 per month than making a ‘proper startup’. There’s also more freedom to it as they’re often not as complicated or time consuming in the long term, but more ‘create it and forget it’ type of projects. Here are some examples of projects I’ve made or worked on with someone else.”

What challenges has such a piecemeal work scenario created for Henrik?

“For me, the hardest part of working remotely and without anyone else to answer to is doing mundane tasks that need to be done, I tend to procrastinate about these,” he goes on to mention things like fixing bugs and accounting. “I love solving new problems and creating solutions to them, but I tend to struggle with repetitive tasks due to my personality type,” which he describes as an INTP via Myers Briggs type indicator.

As you may have noticed, he’s also really into cryptocurrency.

“I got into cryptocurrency in 2017 and lost quite a lot of money during the bear market,” he’s referring to when a particular market is losing value and loads of people are selling instead of buying. “So I decided to learn how to trade so I don’t make the same mistakes twice and capture the maximum value from the bull run that’s coming. Learning crypto trading is my most time consuming task for the time being, but I expect this to change in a couple of months once I grasp it and then I’ll move onto learn something new and exciting while making money from crypto trading.” He says this all with fingers crossed, an ambitious but still reasonable man.

Interested in finding your next remote position? Check out WorkFromHomeJobs here. 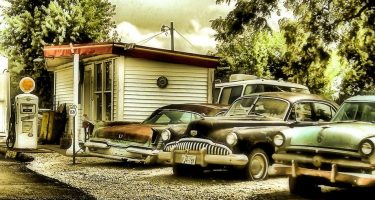 Created way back in 1995, CoolWorks.com connects travelers with seasonal working opportunities in killer locations like Yosemite, Yellowstone, or anywhere else you might want to work in the glory of this great nation. 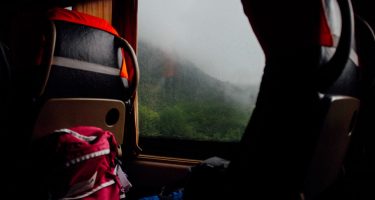 Various ways traveler's make a living outside of the world wide web.

How Full-time Nomads Make a Living While Traveling 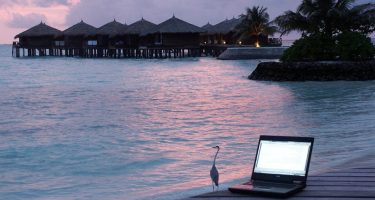 The survey results are in...how do people make a living while traveling? Do they have kids or are they young and free? What kinds of jobs do they do? Updated for 2015!

Working Remotely from the Road in a Vanagon 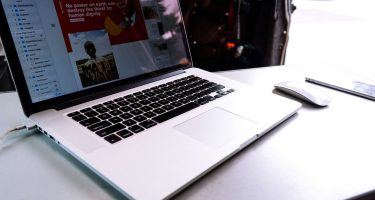 Jorge of Live Work Wander extolls those insider trips any digital nomad will need to make working and living on the road from a van work.

Hippohelp: Find Work While You Travel 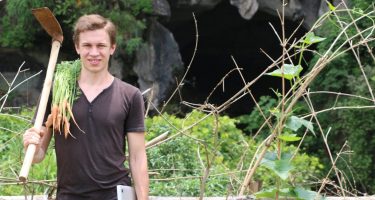 This free work exchange platform puts travelers together with opportunities across the globe to work in exchange for food and accommodation.